She Tried To Steal My New Born Baby: Woman Narrates Heartbreaking Story From A Hospital 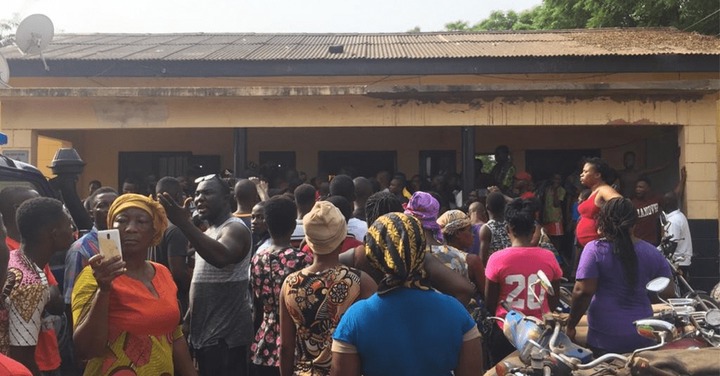 The story of people stealing the babies of others has long been told. Several of such stories have been reported in the country with the culprits sometimes being apprehended.

There are several occasions where health workers have been accused of stealing babies and selling them at exorbitant prices to those in need.

Recently, some health workers were nabbed in Ghana for allegedly engaging in babies for sale. The victims are mostly told that their babies have died. Most of such issues have ended up at the police station with culprits facing stiffer punishments.

A woman by the name Volta Queen has taken to a Facebook group (Tell It All) to narrate how her baby was nearly taken away from her at the hospital.

According to her story, she had gone through nine months of painful pregnancy and was due for delivery. She indicates that she went through Cesarean Session (CS) to have her baby delivered.

This is a process where delivery is made through a surgical procedure. According to her narration, the incident happened at the Korle Bu Teaching Hospital in Accra.

She indicates that even though she had delivered through Caesarean Session, she was able to see the handsome baby she brought.

However, another woman who was also in the same ward with her tried to steal her handsome son and replace it with what she had delivered. She says God intervened and the woman was caught.

“One woman tried to steal my handsome son at Korle Bu and replace it with her son after I had gone through Caesarean Session (CS) and I was sleeping. She had been discharged and was going home, but thank God she was caught”. She narrated. 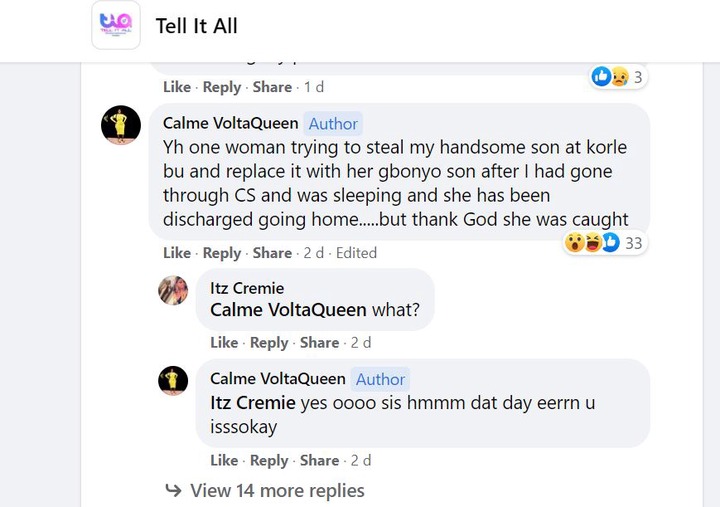 With the story of this woman, the other lady who stole the son was already on her way home after she had been discharged but decided to replace her son with the other who was fast asleep due to the CS.

Several people even steal babies from the streets. Such acts must be stopped because there is no love greater in the world than the affection for a biological child.

Such stolen babies might grow up one day and will be told the hard truth at which time the embarrassment would have been deepened.

On the other hand, the other whose baby was stolen would go through severe trauma after going through nine months of pain. Let’s advise those in such acts to desist from it once and for all.