Societal Changes In Respect For The Elderly In Ghana

By DemPolice (self meida writer) | 13 days

In the past, respect for the elderly was valued in every home and institution. Children in every home were trained to have the maximum respect for the elderly. Children who disrespected elderly people were not allowed to go unpunished. This was typically due to the fact that the extended families had close contact with each other and so children had the chance to meet different age groups of people and know how to behave well in the presence of older people.

In our modern times, there has been some sort of societal and moral changes in the way children are brought up and have resulted in the decrease in respect for older people. Family systems have now been broken down into the simplest units. Extended families no longer have close relations. People are now comfortable with nuclear family relations only. Children are brought up from different parts of the country than their ancestral hometowns. Most children of today are only used to living with their parents. Their parents are the only older people they respect. Children of these days do not even know how to treat people who are old enough to be their parents or even grandparents. Most of these forms of respect that were shown to older people are now seen as outmoded. 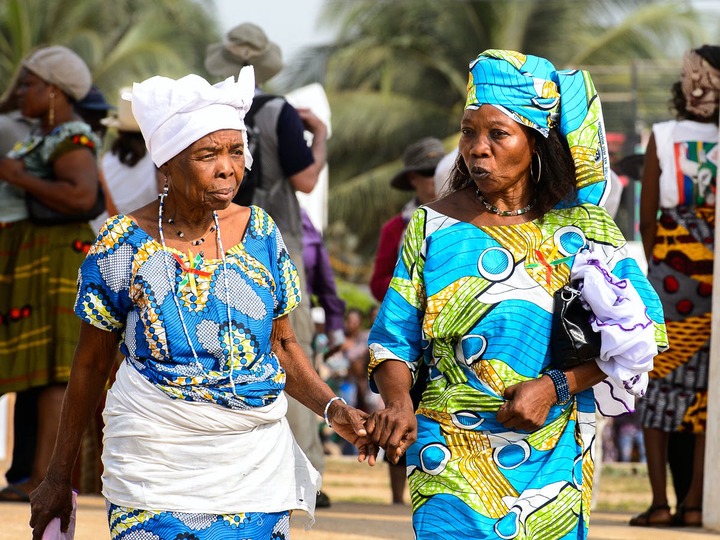 Children from nuclear families could be taught about this discipline but most parents no longer have time for that. Especially in urban centres in Ghana, respect towards the elderly has been very low compared to people in our rural communities. Also, people living in family houses are able to demonstrate some sort of respect towards older people as compared to people who are restricted to their own nuclear homes without the contact of friends and family. In urban communities, most parents find themselves among busy work schedules and are unable to monitor wrong behaviours of their kids and correct them. Some children are mostly left in the care of househelps and nannies who have no right to discipline these children. The children show no respect to their house helps and when they come out of their homes, they think every adult can be treated in the same way. Recently, some older people even find it difficult to scold wayward children.

Today, younger people are able to throw their hands freely when talking to their parents or even other older people. Some young guys feel comfortable to keep their caps on while greeting elders. Some young people even bypass older people without any form of greeting. School children close from school and have no respect to greet their parents when they get home. Parents receive older visitors at home and allow their younger ones to sit among their conversations. There is also the new norm that parents do not want their children punished by other adults. You can now get to bus stations and bus stops where younger people are seated while the aged keep standing.

All these are becoming part of our society and nothing is being done about them, however, the topic of respect should be instilled in growing children properly so that in the near future, younger people would not put up behaviours that will put the country at risk.