The majority of Ghanaians appear to despise the term LGBTQ+. As a result, whenever they come across persons accused of practising homosexuality, they humiliate them and sometimes beat them up. This is the tale of the young man depicted in your photographs.

One cannot tell what actually happened but two guys have been captured in a room beating up their fellow man who is undressed. The person who posted this video on social media said that the gentleman who is not wearing any cloth was caught pants down in the act of homosexuality. The suspected gay man used some of the cloth in the room to cover his thing. 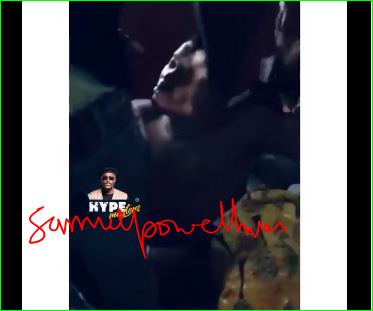 As he was the one caught in the act, the person he was with apparently took to his heels. When these neighbourhood guys stormed the room and began beating him up, the gentleman was in the midst of putting on his cloth. The alleged gay man pleaded with the neighbourhood guys to stop beating him, but the beatings continued. 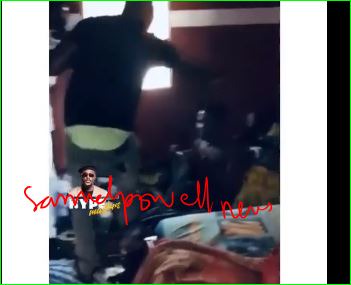 This propelled the suspected gay man to say this in the typical Twi language, "Bossu, I don't like that". The guy wanted to retaliate but he saw that the people are so angry so he continued to plead with them. Some Ghanaians after coming across this video said that they should even beat him with canes and belts. 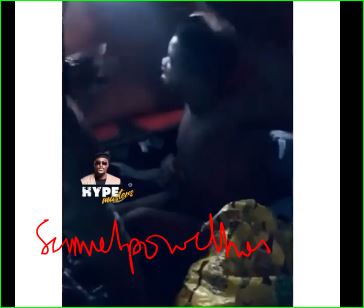 Others said that it is unfair to beat one man like this because two people did the act. So why beat one who was not able to escape?