I Was Scared: See What This Woman Did After She Knocked Down A Pedestrian With Her Car

By Dannyupdate (self meida writer) | 24 days

A woman who just gave birth identified as Anita was apprehended by the Police after she mistakenly knocked down someone with her car.

According to reports, she was not aware of what had happened, she heard and saw people screaming, that was when she came out of her car and saw that she had hit an innocent pedestrian. 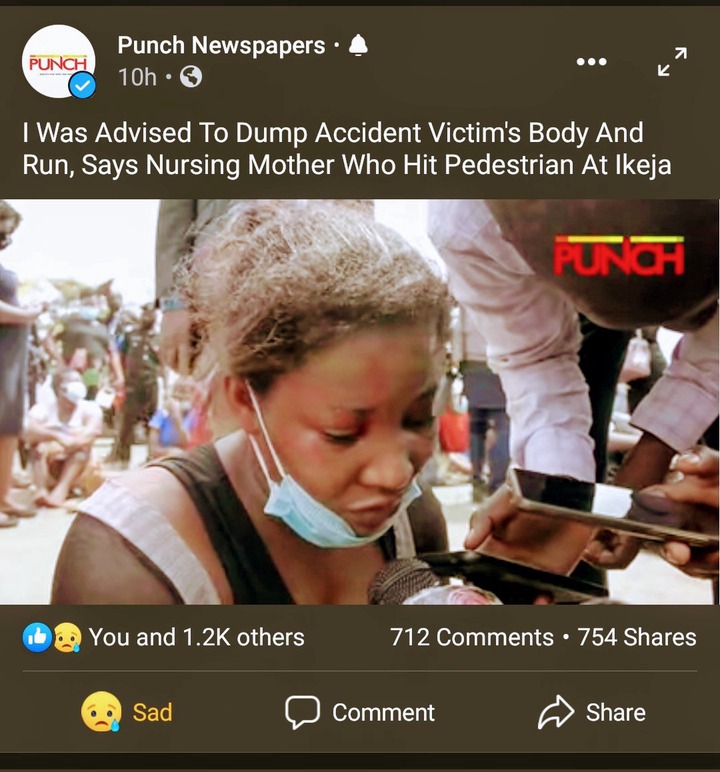 Quickly, she saw this, she asked the spectators to help her lift the body inside her vehicle, so she could take the casualty to the emergency clinic. A lady among the on-lookers chose to follow her to the medical clinic. On getting to the clinic, the casualty was proclaimed dead. She began arranging how to take the carcass to the Police Station and report the episode since it was not planned at the same time, the one who followed her to the medical clinic prompted her that it's anything but a correct choice.

Considering the fact that some policemen these days tend to me immoral, she was asked not to go to the police station to report the case or else she would be killed there. She became confused, the woman who followed her to the clinic now told her to dump the body somewhere so the Police can find it themselves but unfortunately for her,

The plate number of her car was captured by the hospital in case she tried anything funny.

Anita adhering to the advice of the other woman, she dumped the body under a bridge. She says that when she got home, she told her husband what happened and he told her that they must report the incident to the Police. They were allegedly on their way before the police nabbed them. 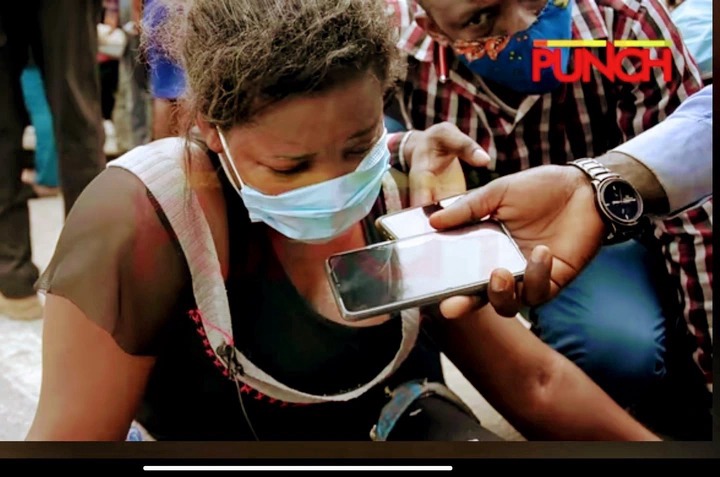 During the interrogation, the lady started crying as she told the newsmen that the police have taken her baby. She is a nursing mother but the Police have collected her baby and she has not seen her child since last week.

The moment she started crying after she remembered her child 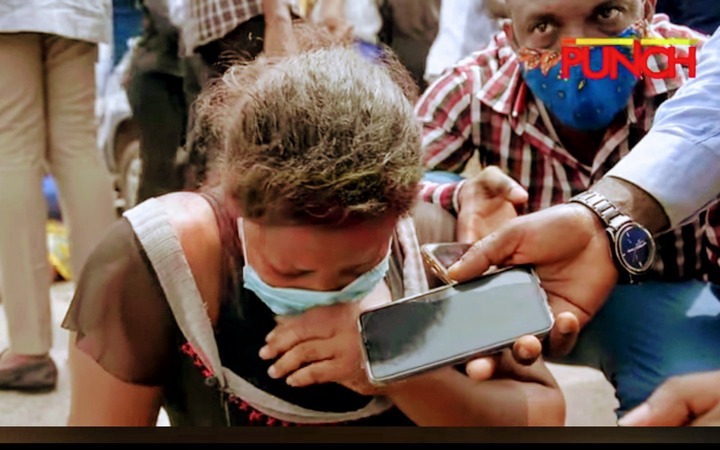 Personally, I think the action she took after the incident proves that she had no intention to harm anyone. One thing I observed in this story was that that woman was scared of the Police force.

These people are meant to be our friends as they say, but it is not anything close to that and that fear now has led to this. The government should really work on the police force.

Content created and supplied by: Dannyupdate (via Opera News )