The youth of the governing New Patriotic Party (NPP) at Chereponi in the North East Region of Ghana have destroyed some structures after the nomination of Zuwera Mada Nashiru as the District Chief Executive (DCE) for Chereponi district.

According to the youth, their preferred candidate, Mr. S. K. Olando was not nominated which they prefer to honorable Zuwera Mada Nashira. 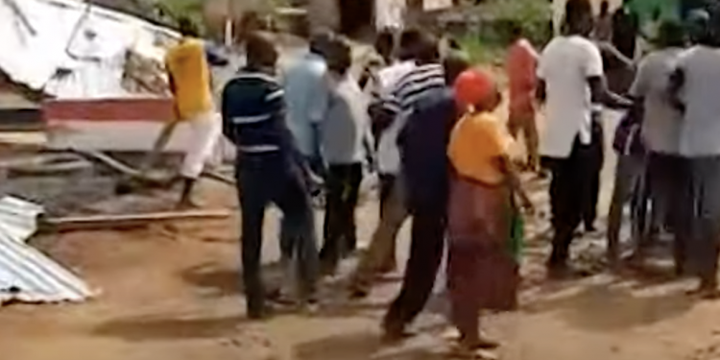 As a result, a lot of disturbances has occurred in the Chereponi district yesterday, Sunday 19th September 2021 which has subsequently led to the vandalizing of public properties in the district.

However, the police command in collaboration with the chief and party leader has quickly put measures in place to control further disturbances.

In the earlier statement of the minister for local government, decentralization, and rural development, Mr. Dan Botwe, he said Ghanaians should accept the presidential nominees of the MMDCEs as they will serve their various districts like others.

But the NPP supporters at Chereponi have gone contrary to that by demonstrating to show their disgust for the candidate nominated.