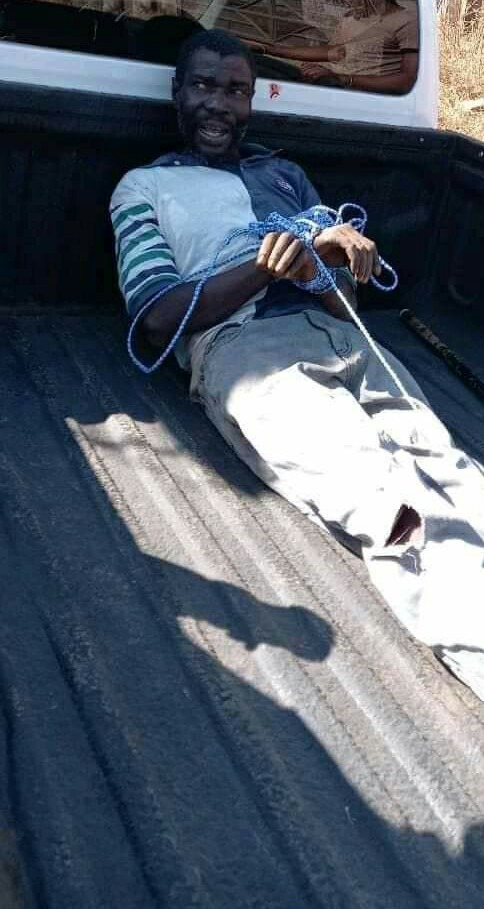 Felix Twumasi has been arrested and taken to custody after a failed abduction plot on a 14-year old student at Agona Swedru. Felix in his attempt to escape tried using the Agona SDA route which leads to the highway, but Agona SDA boys were able to trace and surround him before escaping into the bush. He was self arrested by the boys and tied to the back of a pickup truck before the police arrived. Felix is still with the Agona Swedru police service helping with investigations. He has since not been given bail and may face court on Thursday 1 July 2021 for attempted to kidnap a student.

Felix Twumasi has not made any case and has even denied being a kidnapper but the evidence surrounding him is overwhelming for police to grant him bail said Police Officer Albert Ntiful. Though Felix hasn't made any statement he will still be processed to court which the prosecutors are seeking at least a four-month remand term for them to complete their investigations. If the prosecutors, Officer Albert Ntiful and his men can convince the Agona Swedru Magistrate Court, Felix will be sentenced to remand.

The 14-year old student whom the father agreed to hide her identity for the time been, was supposed to be picked by the father when Felix showed up to pick her. The student is mostly picked by her father from school after closing, and on days the father cannot show up, the father phones Madam Deborah who is the class teacher of the student.

Madam Deborah will hire a known taxi driver and instruct the driver to drive the student to her grandmother's house where the father will pick her up when he is less busy. That has been the communication between the class teacher Madam Deborah, the student's father and the student herself.

Mr Abazi Hanson, the father of the student, took all these precautionary measures so his daughter can be safe, but Felix Twumasi never knew of this communication trait between the three parties and tried to take the student under the pretence that, the father had sent him to pick her. Felix Twumasi was standing at the Royal Academy School junction when he saw all the students coming out of the school which was twenty-five feet away from the junction.

Felix never knew the student was going back to the school to make confirmation with her teacher if the father had phoned her already. Felix kept waiting at the junction for the student hoping to kidnap her, but the student never returned until her class teacher Madam Deborah showed up with some teachers. Mr Abazi Hanson was on his way to pick his daughter when Madam Deborah phoned him to ask if he had sent Felix to pick the student.

Madam Deborah knew it was kidnapping when Mr Abazi Hanson confirmed that he was already on his way to the school and has not sent anyone to pick his daughter. Felix started a slow-motion movement when he saw the student with Madam Deborah and some male teachers. The male teachers started chasing him until they arrested him with the help of Agona SDA boys.

Felix was tied up until the police arrived to pick him. Felix Twumasi hasn't given any statement since his arrest yesterday evening. The student, Madam Deborah and the father Mr Abazi Hanson have all given their written statement but Felix has denied going near the student though he was seen with the student's school bag waiting at the junction.

Felix out of anger voiced out that he was been treated unfairly because he was there when the student came to him to hold her bag for her whiles the student went inside to ease herself at the school lavatory. The people were rather beating him for no reason but still denied the abduction and requested a lawyer before making his statement. The police are still investigating the case and will be in court tomorrow morning for a preliminary hearing which will determine whether Felix will be remanded or granted bail. 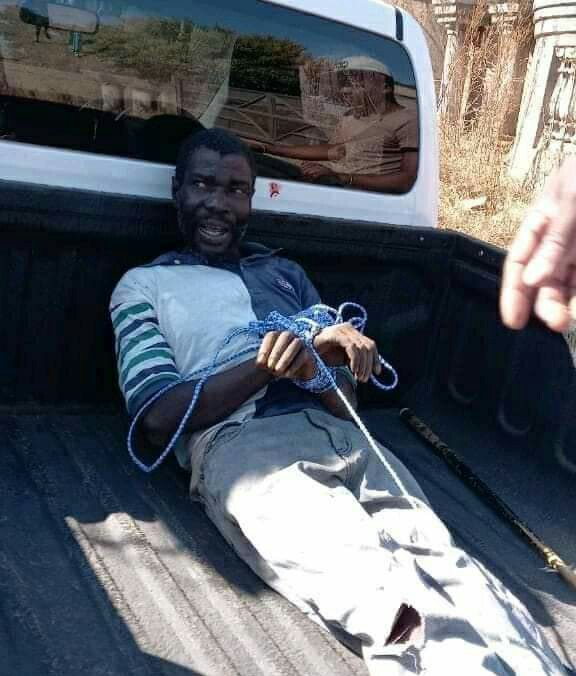