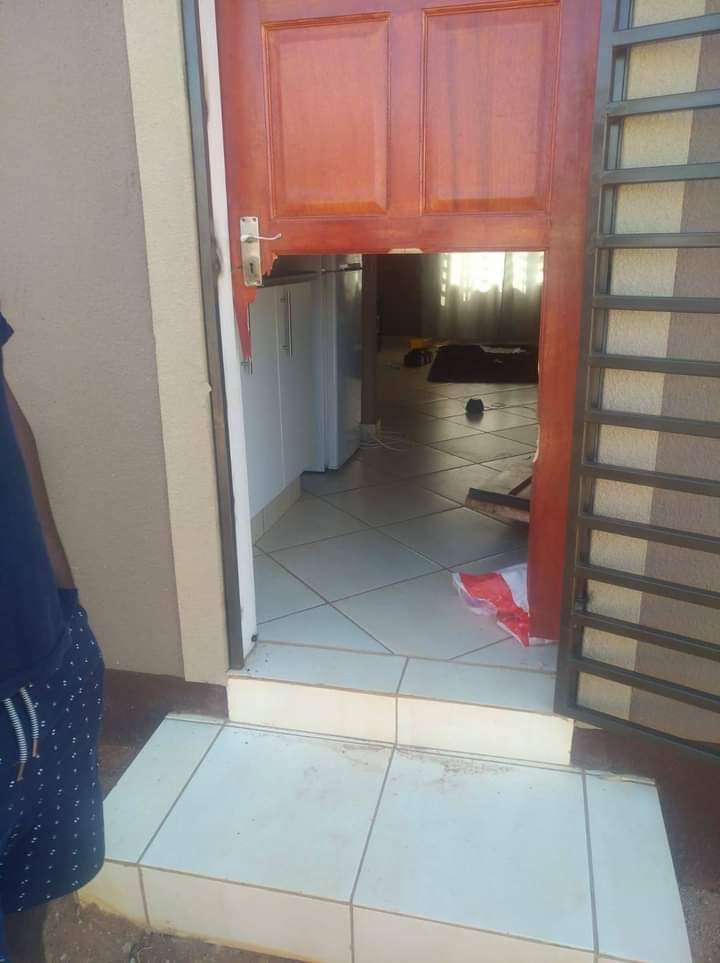 Residents in Sunyani Abubanso have been shocked as a teacher has been rushed to the Sunyani Regional Hospital, after a day time robbery at Abubanso this afternoon. Abubanso is a vicinity within the Sunyani town. It is a residential area filled with workers who are either trading or civil working. The Abubanso lands which were purchased by an estate company to develop vast houses, could not do so after the estate collapse in 2003 after the purchase of the lands. The lands were sold to government workers and civil traders who wanted a quiet place to build their houses. It is usually quiet in the vicinity during the weekdays as the majority of the residents goes to work and returns home in the afternoon or evening. There are no security checkpoints in the vicinity since the estate couldn't facilitate the building plan of the lands.

At around one in the afternoon, was when Yaw Domoreh who is a teacher with Methodist Basic school was called by a foreign institution to submit the final face of his scholarship applicatio. Domoreh had sort for scholarships to study in a foreign country for his Masters and simultaneous PhD. Domoreh was lucky when the scholarship committee of the school he had applied to, shortlisted his application and wanted him to submit his final face for evaluation which is to begin on Monday. Domoreh received a call from the foreign institution at one in the afternoon to submit his final proposal which the deadline was tomorrow and reviewing on Monday.

He asked for permission from his headmaster to rush home and organise himself for the final face which the deadline for submission was tomorrow morning. The headmaster permitted him since he had no classes to teach from that time till school closes. Domoreh rushed home hoping to get his things in other and submit them, and he was met with robbery gangs. The gangs had taken over three detached houses which Domoreh's house was in the middle and was ransacking the whole houses for valuable items. Domoreh might have sensed something, and attacked them as a single man.

The wife Celestina was calling her husband to find out if he was home at two o'clock, and the husband wasn't picking all her calls. Celestina felt something bad had happened and still couldn't figure out what the problem might have been that could stop her husband from picking her calls. Celestina waited until she closed from work at half-past two o'clock before she came home. She found their house gates destroyed and that was when she knew her suspicions were right. She hurried inside and Domoreh was lying in a pool of his blood. She rushed him to the hospital and doctors are still operating on him in the theatre.

He was choked with knives four times and his right palm slashed with the knife as if he might have tried blocking someone from killing him. All the wounds were on his thighs and stomach. Doctors haven't given any details on his condition as they are still operating on him. Flat screens, home theatre, laptops, cash, and other home appliances were all stolen by the robbers in both two houses. Domoreh might have saved the third house from been broken but his life was threatened in the process. They might have used a sharp mobile blade saw to have shaped the gates before they were able to get access into the houses. The police have taken over the case while they continue with investigations. 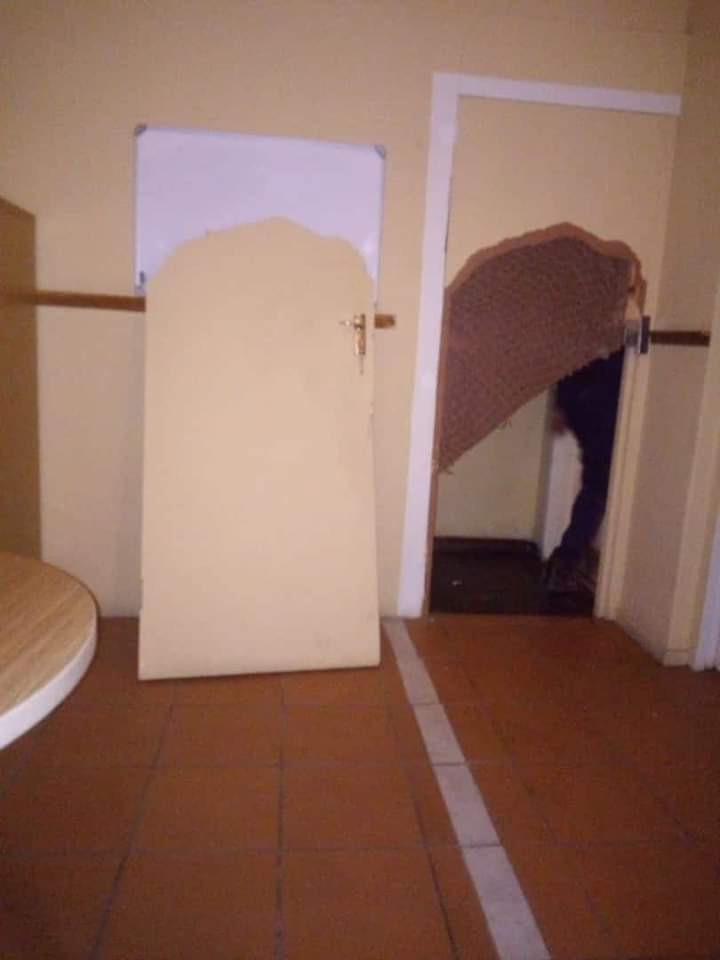 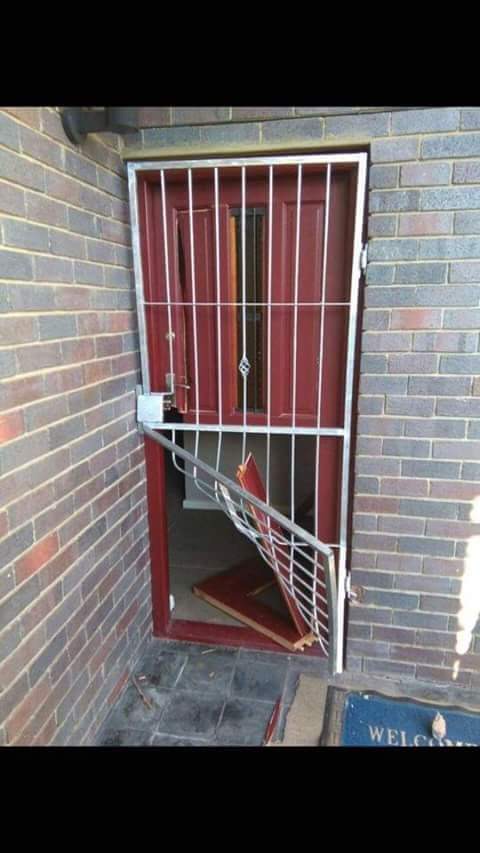 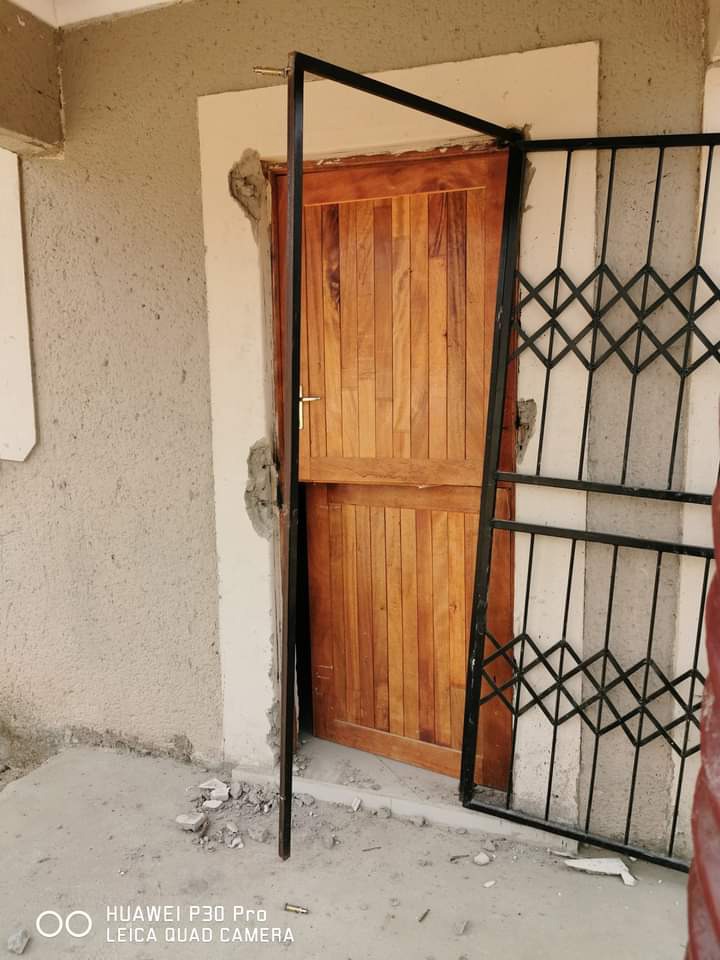