Richard Appiah Chopped The Genitals Of His Victims Some scarier detail is being uncovered about how Richard Appiah, the prime suspect in the Abesim serial killings handled the bodies of his victims. An investigative report discloses that the suspect chopped the genitals of his victims and discarded them after he had severed major parts of the bodies for processing.

It is believed that his buyers were neither interested in the genitals, and that did not motivate him to process them. This arouses questions about why the genitals of his victims were neither found among the flesh that was uncovered in his refrigerator at Alaska, Abesim of the Bono Region.

The investigation had caused a forensic team to search for clues about this but all that had been uncovered so far were the human guts that were buried at his backyard farm. The facts about what he did with these genitals remain fuzzy as his claims that he flushed them in a water closet had not been validated.

From the quarters of the Police, it is said that Richard Appiah seems to be deranged. It is said that there are some medical records at local psychiatry that confirms his mental health status but this disclosure is in doubt, largely from the neighbours who had known him to be sound.

It is believed that it was for which reason other cotenants left the house. Richard Appiah in the early days of the incident was said to have threatened some co-tenants in the house causing them to vacate the compound. He had lived a discrete life since but with little attention from the mother who was resident in another neighbourhood due to her marriage. 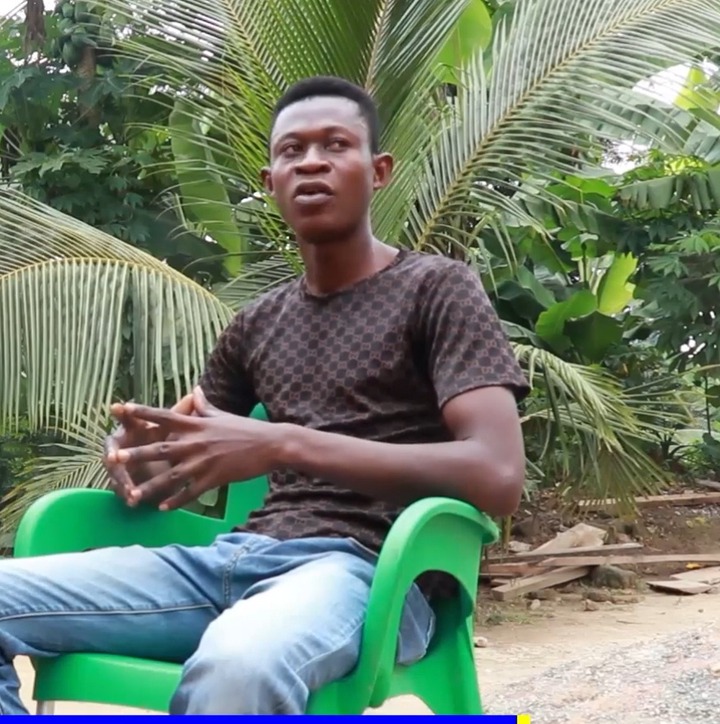 Nyame Noah, the young gentleman who nearly became a victim of Richard Appiah

Other people have even given testimonies about how Richard Appiah attempted to assault them under the pretext of hiring their labour on his backyard cocoa farm. One Nyame Noah nearly ended up as one of his victims, days before he was arrested.

As the matter is being tried at the court in Accra, the curiosity of most Ghanaians can never be satisfied until judgment is passed. The case is adjourned to 25 October 2021.

With claims about his mental health is gaining some grounds the court made be compelled to approach the case on a different level. Could this be a deliberate attempt to evade judgment?