By Tinchie (self meida writer) | 15 days The psychological effect of tramadol caused young, Fatawu Nashiru to be thrown into jail. He claimed to have suffered continued harassment from his victim, whom he assaulted years ago under the influence of the drug.

But for peer pressure, Fatawu would have been a free man in his neighbourhood and enjoyed his life without any limitation to his movement and life. Under the Petty Offenders Project championed by the Crime Check Foundation, Fatawu has been spotted as being eligible for release and rehabilitation.

Deep in the prisons, the account of how he had suffered could only lead you to imagine the discomfort and trauma he had endured over the time since his imprisonment. He narrated what caused his arrest and prosecution. 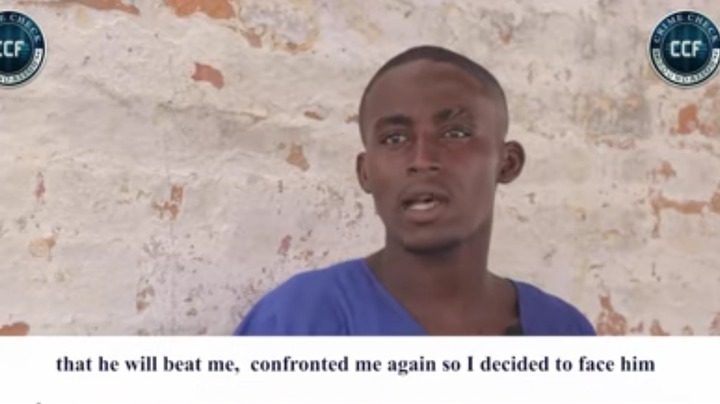 According to him, he has been a victim of harassment and bully at the hands of one guy in his neighborhood [whom he assaulted], and was dared to prove he could fight back. He shared that he acted on some peer influence and took tramadol and got high only to find himself brutalize his ‘tormentor’.

The assault was reported to the Police and Fatawu was arrest and later jailed for not being able to pay a fine of One Thousand, Two Hundred Ghana Cedis (GHC1,200.00). He had served almost the entire sentence slapped on him until some benevolent couple heard about his story and offered to help.

Fatawu says he has regretted ever taking the drug, and thus promised to shy away from it when he returns home. He noted that life has been unbearable at the prison, and would not wish to come back.

Fatawu Nashiru upon his release is expected to be monitored and assisted under the project. He was excited to be rescued from the prisons.

To him, the only way to avoid future arrest and imprisonment is to do away with drugs and exercise a great deal or restrain when provoked. His story is being used as a case study to advocate for the passage of a bill for Non-Custodial Sentence.

The argument is that for such petty crimes, and considering the age of the offender, and in respect of the congestions at the Prisons, a non-custodial regime would be most appropriate to reform some prisoners. The Justice for All Programme though had contributed to easing the pressure at the prisons, it is believed that the non-custodial regime would be more responsive to modern social behaviours and reformation therapy for persons who commit minor crimes.