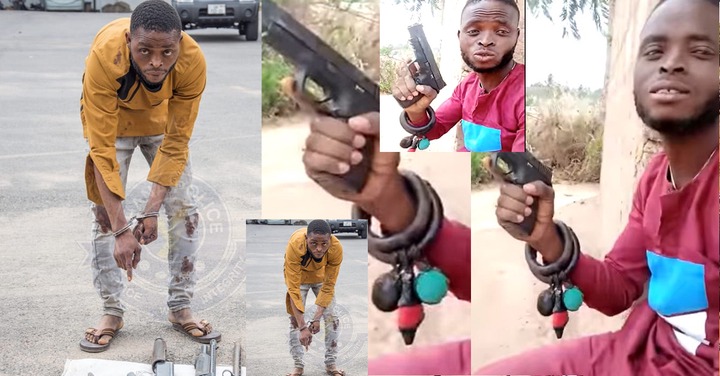 He was fearless to the extent that he made a recording and shouted “Kill them all” with bullets loaded pistol. A careful look at his left wrist is a talisman and a scary ring on the left, obviously, this could be his main source of strength. The young armed robber had become notorious at Adeisu in the Eastern Region to the extent that residents in the area were wondering what was making him that fearless. A fearless video he made brandishing guns and shouting kill them all has since been posted on the official Facebook page of the Ghana Police Service.

He appears fearless and will not hesitate to kill anyone who comes his way. A lot of innocent persons have fallen into his lane over the years of his operations. It is sometimes difficult to think about how armed robbers appear fearless. They move into armed robbery scenes unmasked and are able to scare the hundreds of people gathered to have their operation. 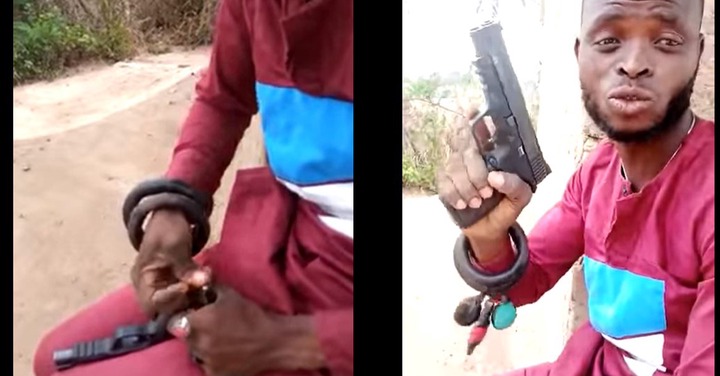 Juju has been identified by many as their main source of strength because most of them are identified with one form of ring or talisman either on their waist or wrist. It is rumored that some of them are even able to disappear when they are about to be arrested. There are some of them who are also rumored to resist gunshots due to the juju protection they have gone for. The “Kill them all” armed robber, Godstrong Tetteiy has been arrested by the police, the juju that was seen on his wrists refused to work, his scary ring could not as well protect him from being arrested. His cup seems to be full.

About five guns could be seen paraded before him in pictures that have been posted on the official Facebook page of the Ghana Police Service. Even after his arrest, his demeanor shows that he has not regretted but he will have to face the laws. One person with five guns, it is unknown how he uses all of them at the same time but that makes him very dangerous. 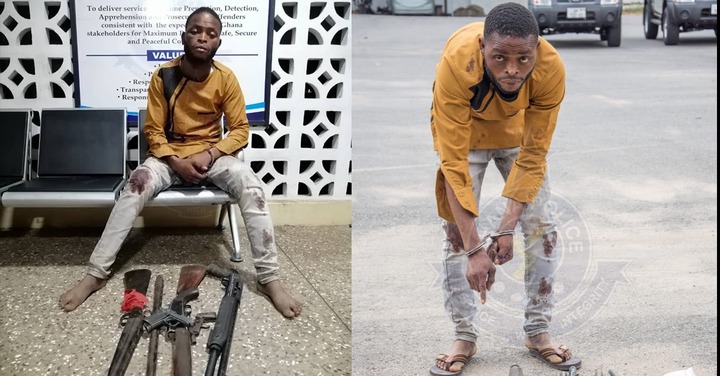 From how Godstrong Tetteiy has operated without fears, it will not be out of place to believe that he is not working alone. He might be having a gang working with him and further probe must be conducted by the police to bring out all of them at once. The arrest of such notorious armed robbers should be a signal to the rest from their hideout that their Juju is not enough to deter the Police from arresting them. This is another swift action exhibited by the police but his other gang must also surrender.