List of those detained in connection with Shatta Wale's fake gunfire attack. 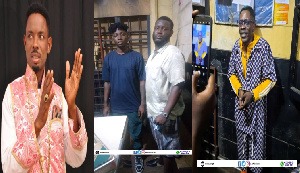 Police investigations into a widely publicized gunshot attack on Shatta Wale have resulted in the arrest of several people suspected of being involved in the prank.

The artist was shot by unknown gunmen in East Legon, Accra, late Monday, October 18, 2021, according to reports.

According to the story, Shatta Wale was taken to an unidentified medical facility for emergency treatment, which was confirmed by his personal assistant, Nana Dope.

Following that, the police said they had "started an inquiry into the matter," adding that they had "made contact with several of his close friends and family members, all of whom claim not to have knowledge of his location or the alleged occurrence."

Following the start of the inquiry, police have detained a number of people for their apparent involvement in the phony shooting attack.

The first person arrested by the authorities was Ghanaian prophet Stephen Akwasi, also known as Jesus Ahoufe of the New Life Kingdom Chapel. The preacher was allegedly apprehended on the premises of Accra FM.

A number of police officers raided the premises of Accra FM in two pick-up cars on Tuesday and arrested the preacher who was scheduled for an interview with radio presenter Nana Romeo, according to a video that has since gone viral on the internet.

The host revealed his arrest live on air. The arrest of Jesus Ahuofe follows a death prognosis he made about Shatta Wale in September.

On the radio station, the prophet said that, like Lucky Dube, a dancehall musician named Charles would be shot and killed by unknown shooters on October 18, 2021.

"A huge disaster will strike Ghana on October 18, 2021. Ghanaians, particularly dancehall musicians, should pray for them. Someone had died, I saw in my vision. Ghana will experience what happened in South Africa on October 18, 2007. In Ghana, this individual is a well-known dancehall performer. I saw him being ambushed by armed robbers and being shot to death in the spiritual realm. He must seek the advice of a godly man who will pray for him and redeem him. While praying, I noticed this, but in Ghana, prophesying is frowned upon. Charles is his given name. Jesus Ahuofe said, "He should pray seriously."

Shatta Wale justified his decision to stage the gunshot attack in a Facebook statement, claiming that the prophecy was a danger to his life.

According to reports, the prophet has been denied bail.

Nana Dope, also known as Kojo Owusu Koranteng, is being held by the police. On the 19th of October, 2021, Dope, Shatta Wale's personal assistant, was arrested for allegedly distributing fake information with the goal to provoke terror and panic. When approached by the media, Nana Dope reportedly corroborated the alleged gunshot attack on Shatta Wale. Shatta Wale, on the other hand, apologized to Nana Dope and his crew on Facebook for using their phones, implying that he took his team members' phones and posted about the shooting incident.

Eric Venator, alias Gangee, and Nana Dope were both detained. 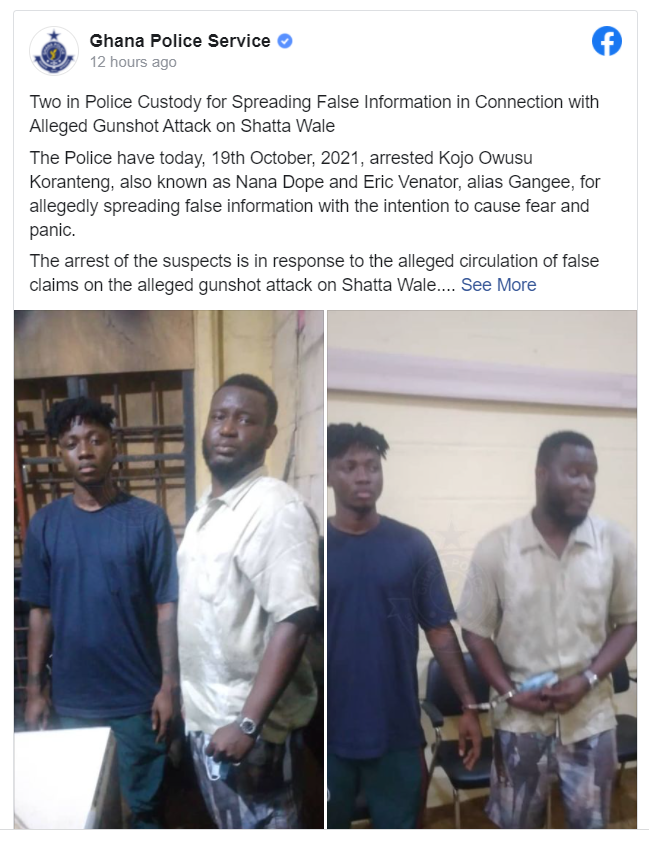 The man behind the hoax, Shatta Wale, Charles Nii Armah Mensah, was arrested Tuesday evening. Shatta Wale turned himself in at 8.59 p.m. on October 19, 2021, after the Ghana Police Service publicly declared him and one other person sought.

"He was arrested to help the police in their investigations into his alleged involvement in the development and dissemination of information intended to generate fear and panic," police said. 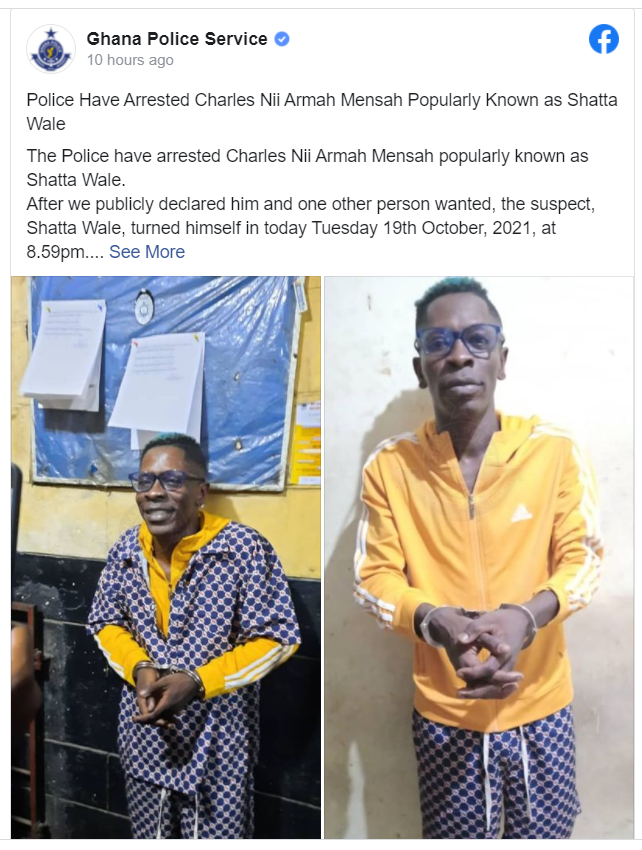 Meanwhile, Deportee has been declared wanted by the authorities for his alleged role in the hoax.

"No one will be spared if Police investigations reveal to their possible criminal culpability in this situation," the organization warned in a statement shared on social media.