By RockyJDJones (self meida writer) | 10 days

Joshua Anim, 29, is pleading with the public to come to his aid, at the Mampong Municipal Hospital after he failed to take his own life on Friday 28 May 2021. Joshua was found almost dead with scissors to his ribs by his mother, Maame Boatemaa Anim, when the mother went to wake him up for an breakfast. Maame Boatemaa together with her family members rushed Joshua to the Mampong Hospital where he was admitted and saved from dying. It took doctors 32 hours before they were able to complete the surgical operations that saved Joshua's life. Joshua was responding to treatment yesterday when I visited him at the hospital.

Joshua after schooling had been battling depression and a whole lot of issues. He is the only child of his parents, who was able to complete senior high school, and as a result of his good grades, the family supported him to the University with everything they had. The mother personally sold all her farmlands to make sure, Joshua became the light of the family. Joshua's father, on the other hand, celebrated Joshua's academic abilities to the neglect of his other siblings. The father channelled all the family's resources to Joshua's education to the point that, none of his younger siblings was given a chance with the technical or vocational education.

Joshua because of the investment the family had made in him, was expected to be the breadwinner of the family since everything was spent on his education. Joshua after school in 2017, has been hopping from one place to the other, looking for employment opportunities, but he hasn't been lucky with any. The graduate who has a bachelors degree to his name was still struggling with the family in their chamber and hall, for a place to sleep despite all his educational pursuit.

The family never neglected him when he became unsuccessful to get a job, but Joshua couldn't stand the sight of society teasing and mocking him for been unemployed and still living in his family's house. Joshua because of the mocking and teasing from the community, made him lock himself indoors most of the time.

His friends whom he used to play and eat with, distanced themselves from him when the father used his schooling to insult them. Joshua felt humiliated by one of his friends when he went asking for 20cedis. The friend humiliated him in front of others that, he the graduate was begging him the uneducated man for 20cedis and that made others ridicule him.

Joshua was depressed by the state his life was in, and couldn't stand it again when the friend ridiculed him because of the 20cedis loan he wanted. Joshua felt voices in his head on Thursday 27 May 2021 and tried to take his own life with a blade but the blade wasn't sharp and couldn't do it. He felt the same voices on Friday 28 May and took scissors which the family used, and choke his stomach twice with them.

He was found dying in their bedroom when the mother Maame Boatemaa went to call him for breakfast. He was taken to the Mampong Hospital, where doctors were able to save him. Joshua has been pleading with the police to set him free after he became aware of a jail term for his failed suicide attempts. Joshua according to Mampong Police, will face the law when he has fully recovered because it is a crime to commit suicide and whether he knew it or not, that is the law. 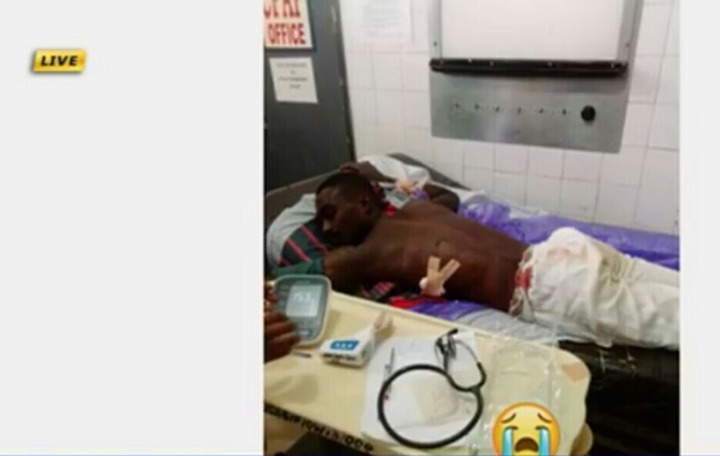 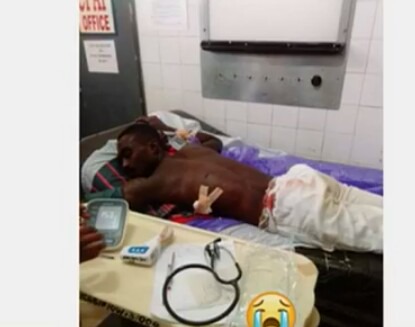