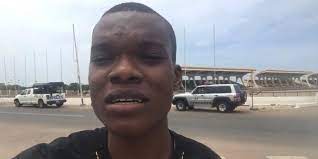 Caleb Kudah's narration of how he was slapped and beaten by the National Security Operatives is extremely awful. Listening to his narration, it seems as if they were acting action movie. If a professional journalist could be maltreated like this, what would have happened if it was an ordinary Ghanaian?

Remember, Caleb had some 'big men' at his workplace but he was still subjected to slaps, beatings, and press-ups. According to Caleb, when the alarm was blown that he didn't use the right way to film the abandoned cars, they took him to a particular room where he was interrogated as slapping from behind started. 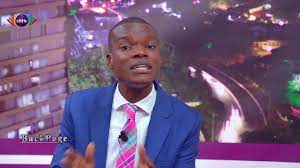 They later took him outside and brought him under a tree where he was asked to go on his kneel. While on his kneel, one National Security Operatives kicked him in the legs saying "This is some of the journalists who have been causing more trouble in the country". 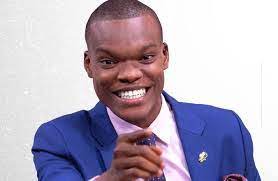 This is how the denial of his tribe save him from more beatings:

National Security Man 1: Are you a Voltarian?

National Security Man 2: Oh, we Fantes are not like that.

According to Caleb, this denial of his tribe avoids more beatings from the National Security Operatives. Already some Ghanaians have tagged this government as being tribalistic and Caleb saw that if he had told them the truth that he is a Voltarian, his case would have been worse.

Others have also accused President Nana Addo Dankwa Akufo-Addo's administration of recruiting unprofessional and party friends into our security system. This might be one of the reasons why some horrible incidents are happening in our security system. When the issue of some policemen with beards and earrings came, the NPP came up with some propaganda explanation that those security men actually exist.