Following the recent Incident that happened in Sunyani area, where a female Student of "Miracle Senior High School (SHS)", precisely in Bono Region, allegedly committed suicide, the Father of the deceased has finally provided more details, surrounding the dead of her daughter. 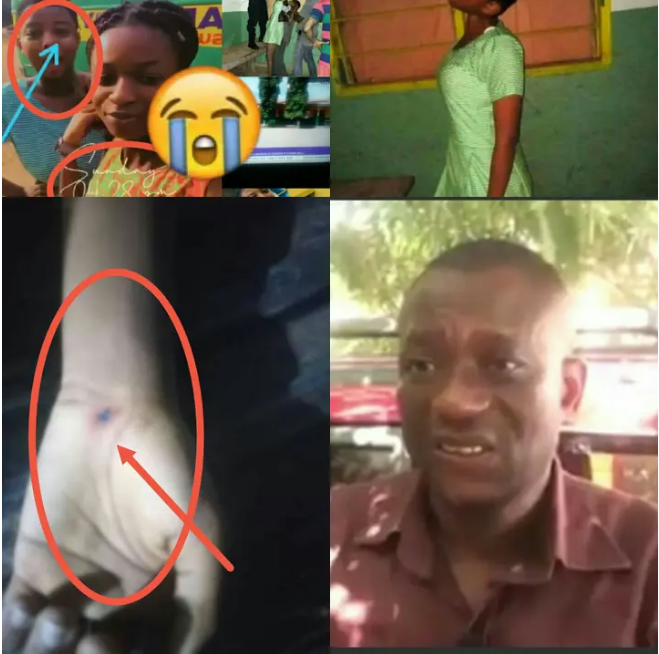 According to the information gathered by Local Media, The father of Late Leticia Kyere Pinaman whose name was not disclosed for security purposes, have revealed that all indications shows that her daughter's blood was drained, before her murder which was disguised to be Suicide.

"I have always given my daughter the best attention she needed as a father, and she has never hide her emotions from me"

"My little girl was ever ready to disclose how she felt to me. What I don't understand is how could she have hanged herself. I suspect that the school Authorities know what actually happened, yet they have decided to hide the truth from me"

"They brought a supposed death note to me claiming it was her handwriting which anybody could imitate. Actually they sucked her blood out from her hands and I have the pictures", He Said.

However, in a report previously gathered, the Headmistress of the school whose name was given as Gifty Acheampong Stated that, other students where having their Bible studies as at the time Late Leticia allegedly committed suicide. Adding that she was in the kitchen helping out with the cooking of the supper, when she overheard the students shouting, and on getting to the scene she saw her hanging on the ceiling inside the school dinning hall.

Meanwhile the Police are still investigating the case to find out what actually led to her death, If it was a Murder case, or that she actually committed suicide out of being depressed or traumatized.