By NKBuabeng (self meida writer) | 15 days

There has been an increasing amount of armed robbery cases in the country for the past two years and it keeps advancing at a top speed resulting in countless loss of lives and properties.

The country's security forces have been revealed to be part of some of these crimes hence the Ghanaian citizen feels unsafe and unprotected.

However, not all of the security service personnel in the country are crooked but the good ones can only do very little to protect the citizens of the country since they even lack some of the basic tools to do their jobs properly.

A robbery incident that occurred at Mamponteng-Dumanafo saw a man witness the harassment of his wife and the death of his nephew in one night.

Sharing his story with Omene Nta TV, the man who referred to himself as Evans or Burger One disclosed that it was one fine evening and he was preparing for Church with his family when all of sudden two guys bumped into his house with guns.

He explained that one was holding an AK-47 and had no mask on whereas the other robber was having a pop action gun and wearing a mask.

Evans narrated that, the dangerous armed robbers told him at gunpoint that they came to kill him but if he's obedient enough they might spare his life. Therefore, he took them to his bedroom and gave them between 3000-5000 Ghana Cedis but they were not satisfied with the amount and proceeded to search the place for more.

They then ask for the cash from his mobile money vendor business with his wife and they started to get rowdy. Evans disclosed he secretly called the police but to no avail. The robbers shot his nephew in the process, touched his wife, and made away with his money. They came to kill, steal and destroy. 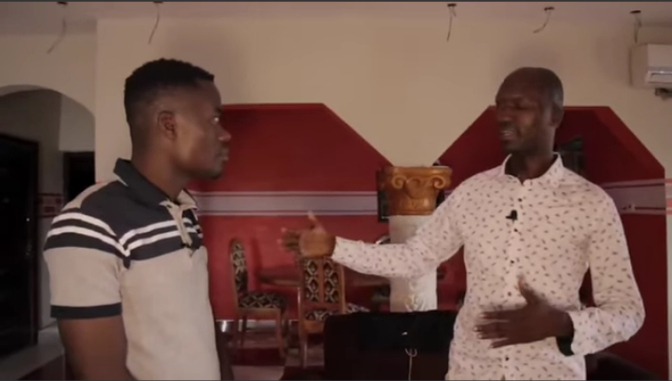