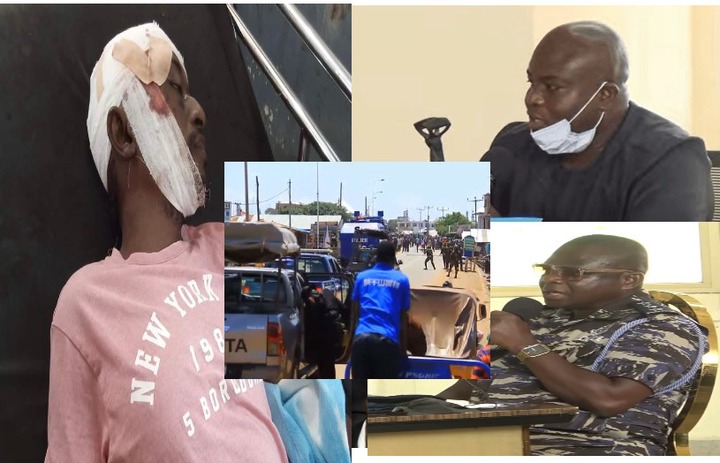 The President has been advised to as a matter of need transfer the District Commander of the Ejura District Police, DCOP Philip Kojo Hammond from his station. Additionally, the Municipal Chief Executive for Ejura- Sekyeredumase Salisu Bamba, was recommended to be removed from office.

These recommendations are contained in the report filed by the three-member Ministerial Committee of Inquiry into the Ejura riot. The report dated 27 July 2021, argued in the case of the Police Commander that, DCOP Philip Kojo Hammond acted incompetently when the issue was first reported. According to the committee, the reputation and relationship of the District Commander have been dented as a result of the riot that ensued from the murder of Kaaka Ibrahim.

A reference was made to how DCOP Hammond negligently triggered tensions by deploying Riot Vehicle to the cemetery during the burial of Kaaka Ibrahim, and also the reluctance of the police to cause an investigation at the crime scene the day the family reported the incident to the police.

"Rather sadly, the District Commander decided to deploy the Riot Vehicle to the cemetery. We find this conduct of the District Commander to be incompetent and he was ill-prepared for the occasion. We note that the testimony of the DCOP that the Police at Ejura visited the scene of the crime (Kaaka’s house), where he was assaulted on the 26th June 2021, could not have been true," a section of the report noted.

On that note, the Minister for Interior, Ambros Dery is advised to consider transferring DCOP Hammond from his current station to jurisdiction. Additionationally, the committee recommended that the Police Administration consider increasing its personnel to the Ejura District to enhance police presence and security.

On the part of the Municipal Chief Executive, Mr. Mohammed Salisu Bamba the committee indicated that "his continuous presence as MCE would exacerbate the already tense security situation in Ejura." It is not strange why the recent list of nominees for Metropolitan, Municipal, and District Chief Executives (MMDCEs) had him replaced by Mr. Kingsley Osei. 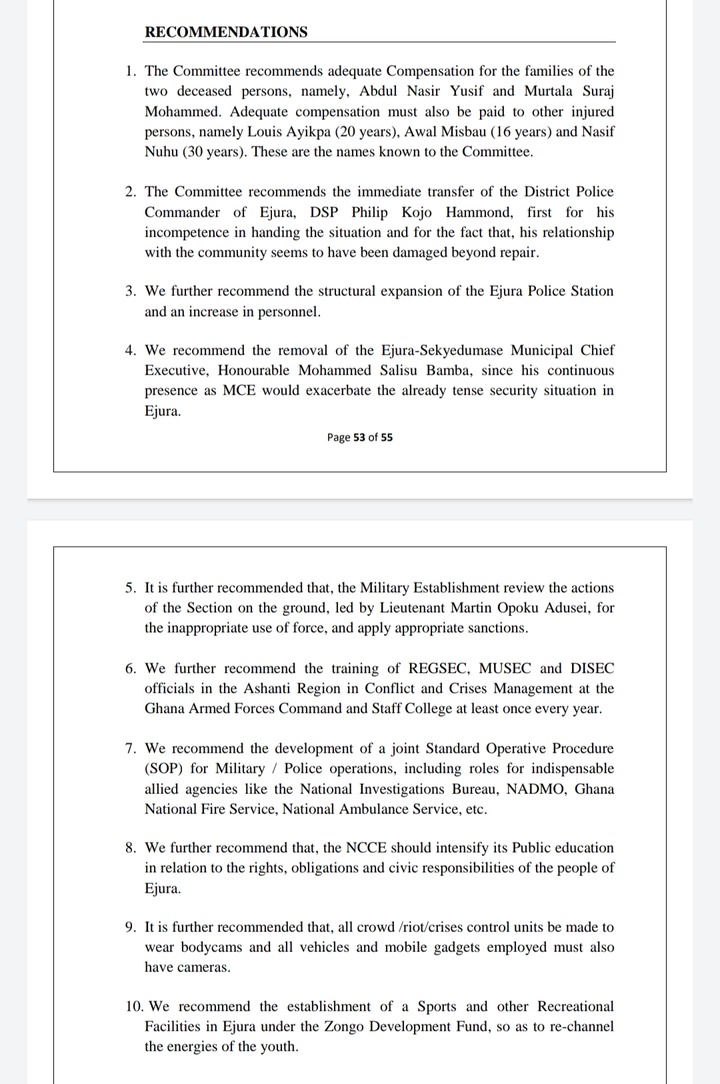 The committee scored that incompetence of the MCE in handling the situation contributed to the riot and tensions in the Ejura community. In their assessment of his conduct through his testimony, the committee said, "MCE failed in his duty to handle the Municipality in relation to his handling and dissemination of general information and intelligent information."

"His approach to matters concerning the Municipality as the political head of the Assembly was very poorly done. No wonder he had to take cover when his Municipality was in turmoil, leaving a political vacuum and the MUSEC was bereft of any leadership and proper coordination and direction during the crises.," the report added.