There is a video currently circulating this morning and the reactions it is pulling is quite interesting. The video is saddening but netizens have added a hilarious touch to it, looking at how the victims were tossed like little children. To watch the video, you can kindly click on this link.

Celebrity blogger decided to post this video on his page and in the video, a car had been stopped by some security personnel believed to be policemen, and they were questioning the driver right in the middle of the road. Counting them, there were three security personnel all against one driver.

Well, the driver believed he had no problem and therefore, they had to let him go but these security personnel were not ready to let him go. They wouldn't even let him talk, let alone listen to him. This generated tension at the scene as both parties opposed each other.

Looking at the video, the driver wanted them to settle everything in a cool manner but these security men were aggressive such that, a civilian had to show up at the scene and ensure orderliness. 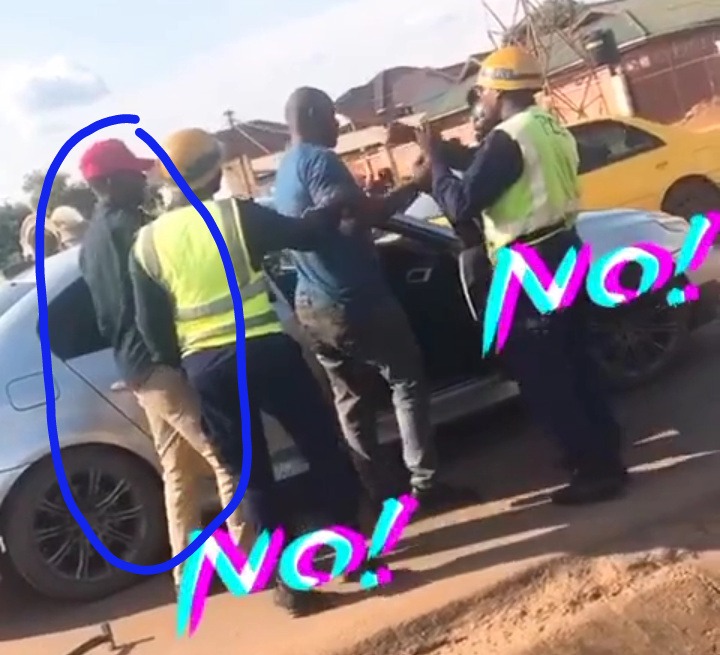 The security men still wouldn't listen as they upheld aggressiveness. They wouldn't let him go peacefully and it was getting him furious.

I guess the driver was no more going to take it. He was muscularly built and was ready to apply Newton's third law of motion; to every action, there is an equal and opposite reaction. 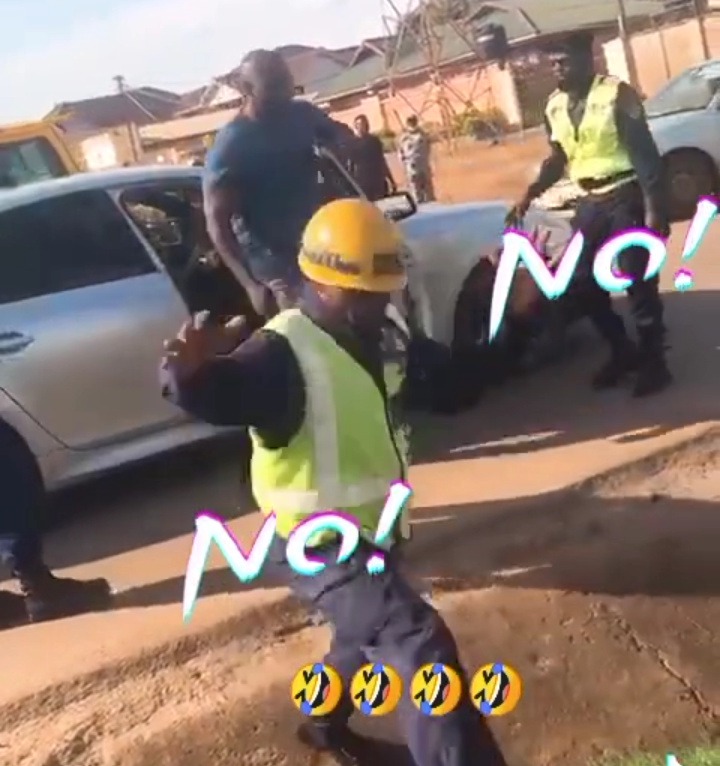 He got down from his car and tossed them into a nearby gutter as pedestrians around watched in awe. We have to understand that violence is always not the answer, but this wouldn't have happened if the security personnel solved the problem in peace. 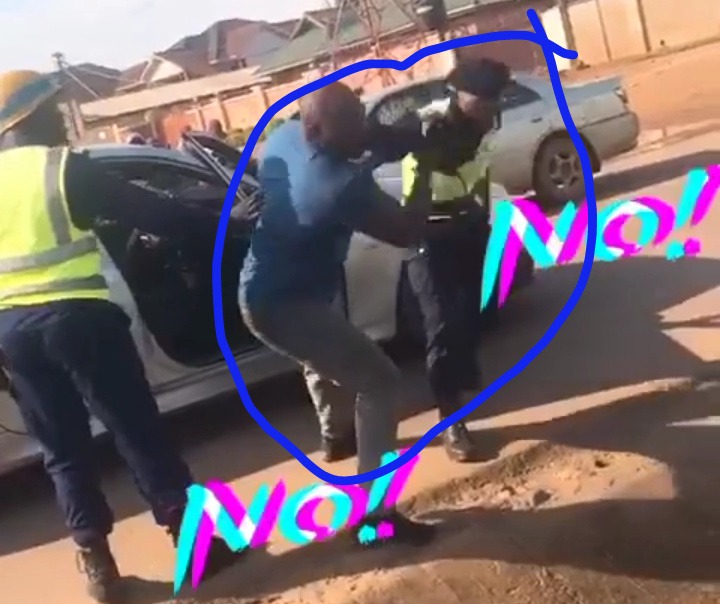 Most netizens think they deserve that treatment. For others, they think he shouldn't have done that even if he was innocent and that, his actions will put him in trouble. Do you think what he did was right? 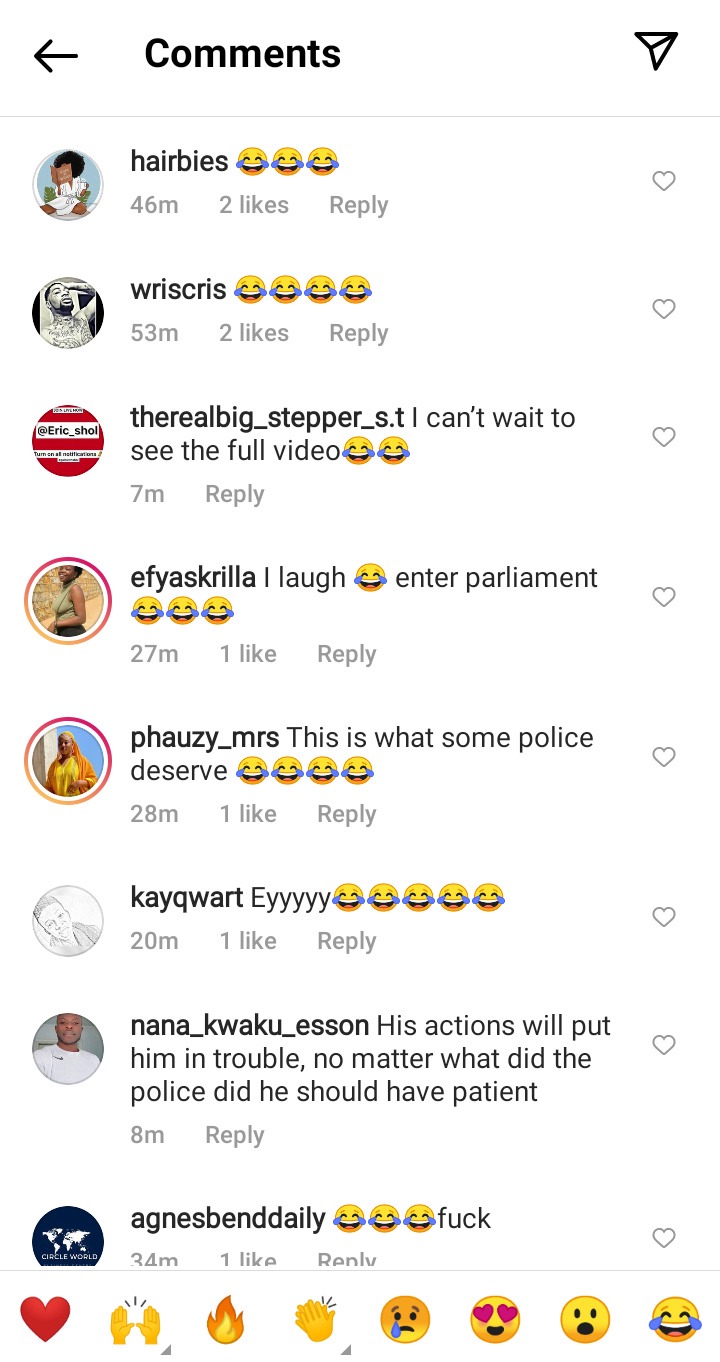 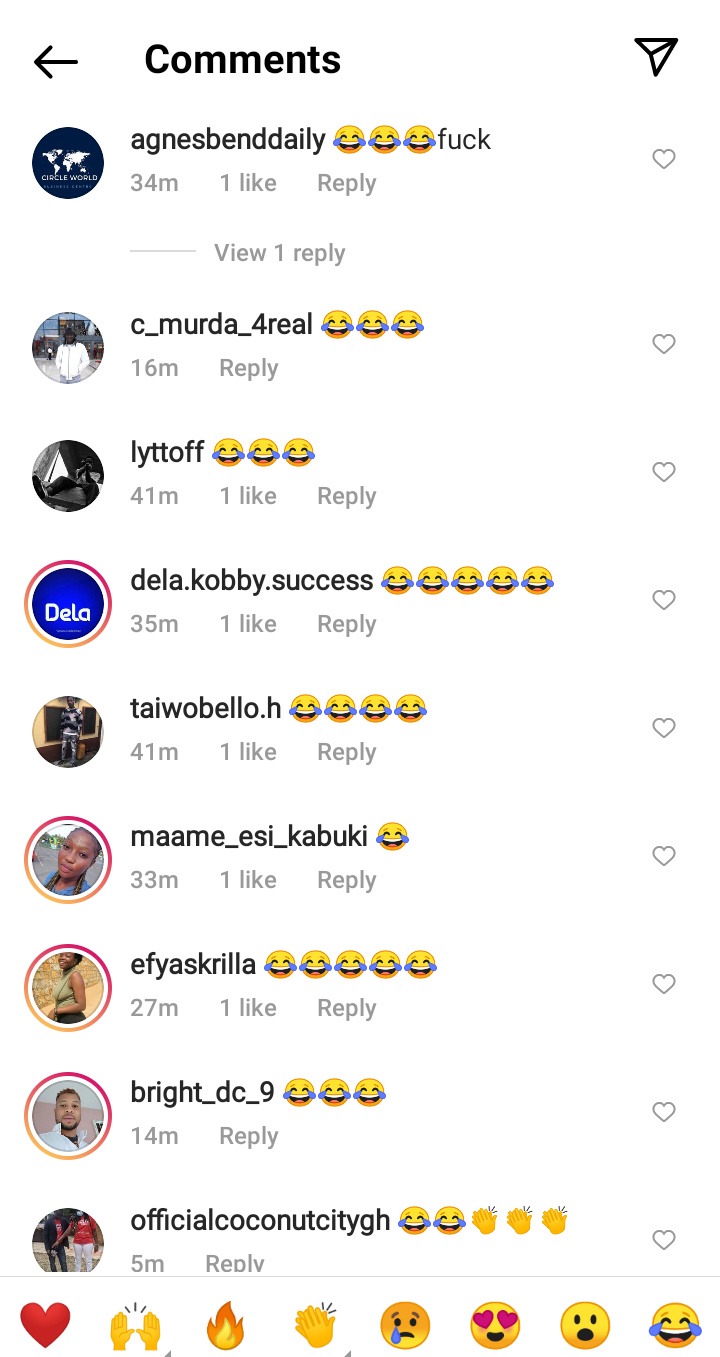