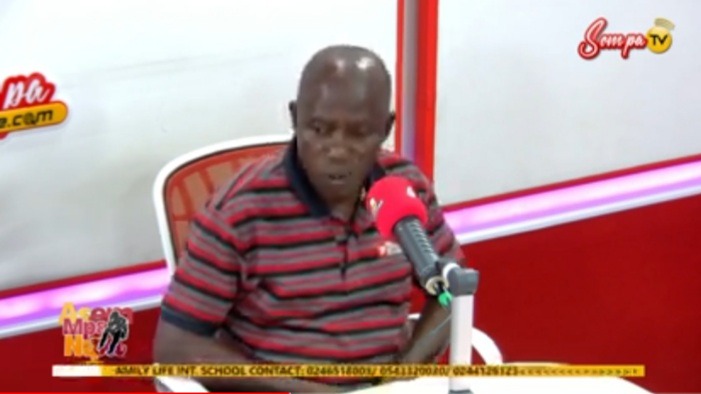 A man called Elder Kwame Owusu Mathew in an exclusive interview share what happened after he sold his tipper truck to a man at Kumasi Magazine. The man stated that he is a building contractor and also has different Tipper trucks which he used to work.

He decided to sell one of his tipper trucks so that he can use the money for a new one, he then puts for sale on the truck. One day, a man called Nana Kofi Agyen saw the truck and he became interested to buy it. He sent the truck to the man at the Magazine in Kumasi on 10th, July 2021, he told the man about the price of the truck which is GHC50,000.

Nana Kofi negotiated with him and they all decided to let him pay GHC47,000 but he told him that he will give him the money three days later. Elder Mathew said he accompanied his elder brother who is a retired pastor to a meeting so he was not able to meet the man as they said. Elder Mathew went to meet the man the following week but he gave him only GHC20,000.

The man started selling the parts of the car without paying him all the money. He kept calling him several times but still, Nana Kofi was not willing to pay the rest of his money. In last year December, he then told his lawyer about what the man is doing to him, when the lawyer confronted him, he lied to them that he is one of the kingsmen in Kumasi. He again informed Nana Mentia Hene about it and he called the man, Nana Kofi revealed the truth that he is not among any of the kingsmen in Kumasi.

He then promised to pay the rest of the money in one week but he paid another GHC10,000. After giving him that money, Nana Kofi doesn't want to pay the rest of the money meanwhile he has sold all the parts of the tipper truck. Elder Mathew recently confronted him again for his money but insulted him and even told him that he will invoke a curse on him if he continued to disturb him.