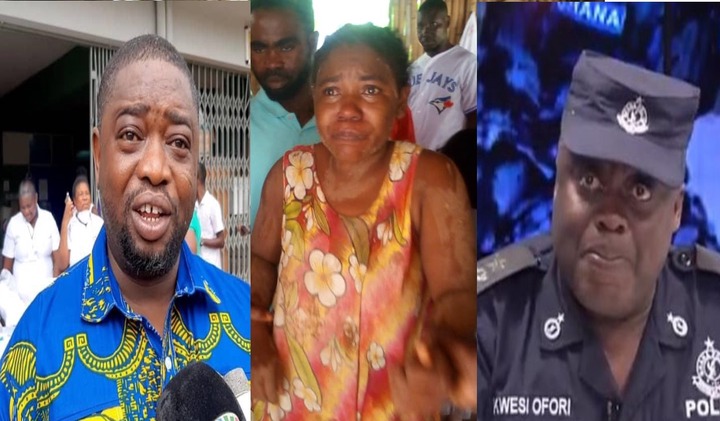 Public confidence in the police might wane over a disputed claim that they have medical records of the second examination taken on 28-year-old Josephine Panyin Mensah who allegedly lost her pregnancy in a kidnap attack in Takoradi. Earlier this morning, the Acting Director, Public Affairs of the Ghana Police Service, ACP Kwasi Ofori told the media that they have accessed the medical record from Effia Nkwanta Regional Hospital, of the suspect [Josephine] and reports indicated that she tested negative for pregnancy, thereby confirming earlier report produced by the Axim Government hospital.

But the Medical Director for Effia Nkwanta Regional Hospital, Dr. Joseph Tambil has refuted this claim. According to him, the hospital is yet to issue a report on the examination to the police.

He told Takoradi-based Empire FM that he is not in a position to discuss patient’s medical records in the public but would dispute any claim that the hospital has released a report to the police.

Dr. Tambil smartly added that the Police might have gotten wind of some information about the outcome of the procedure given that they have some officers at the ground [hospital].

“The Police people are on the grounds and may have spoken to people but at the moment we haven’t issued a formal report to the Police,” he said.

This statement in every sense is very conflicting and might hurt the credibility of the police report on this case. Already the family and some neighbors had cast doubt about medical reports that were secured at Axim hospital about the pregnancy which allegedly was lost to the kidnappers of Josephine.

In the meantime, the victim who is currently considered a suspect in a conspiracy of kidnapping, Josephine Panyin Mensah is responding to treatment at the Effia Nkwanta Regional Hospital. She has been given adequate psychological support while in detention of the police.

Her husband and mother; Michael Simson, and Agnes Essel respectively, have reportedly been arrested and assisting the investigation in this case.