By AlRagadawu (self media writer) | 24 days ago 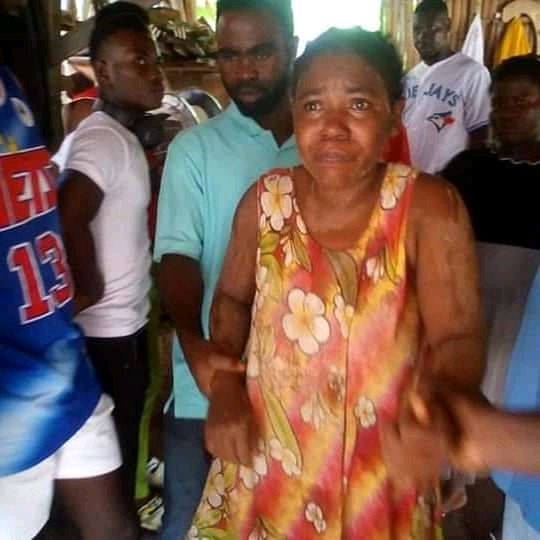 The Takoradi police have officially arrested Josephine Panyin Mensah, the woman at the center of the alleged fake kidnapping and fake pregnancy brouhaha, and detained at the Takoradi central police cells shortly after she openly confessed that she was neither Kidnapped not pregnant

Some relatives, neighbours and onlookers gathered at the precincts of the Police station to observe the happenings as she was taken to the cells covered in a cloth. One of her co-tenants expressed his disappointment at the turn of events.

According to him, if it's indeed true that she misled the entire country and her community members to believe that she was pregnant and Kidnapped, then the law should deal with her mercilessly.

It came to news some few weeks ago that Josephine Panyin Mensah, a 28 year old pregnant woman had been missing, it came out that she was kidnapped and ransom taken. She was finally found in Axim and tests results showed she was not pregnant, neither had she given birth at that time. She officially confessed that she was neither pregnant nor Kidnapped.