It was eight in the evening of Wednesday 4 August when Sampson, the clerk of the Mt. Zion Methodist Church in Konongo-Odumase found out his daughter wasn't in her room. Sampson kept shouting for his daughter as his sister Emefa, stood on the phone waiting to talk to the sixteen-year-old student. The connection between Emefa and Sampson's daughter was like that of twins, because of their close resemblance and body physique. Anyone who knew Emefa thought Abigail was her daughter because of their look-alike features.

Abigail, the daughter of Sampson had previously discussed it with her Auntie Emefa, who lives in Maryland in the US of her quest for something. Abigail had confided in her Auntie to get her a student laptop which she was going to use to help her ease the stress on her studies, but Emefa had kept a death ear to the pleas of Abigail because there was no way she was going to get the computer to Ghana because of a lockdown she was in.

Emefa was standing at a Walmart electronic store in the US and wanted to speak with Abigail on which brand and spec of a laptop she wanted, and that made Sampson forced himself into his daughter's room, and that was when he realized the little woman wasn't in the room. Sylvia, the wife of Sampson responded that she had sent Abigail on an errand and that was why she wasn't at home. Sylvia herself was puzzled to the extent of how long her daughter Abigail had kept over an errand which she should have used less than thirty minutes to run. Sampson became afraid over the long hours his daughter has kept outside and took his car keys to go after her. Before Sampson could open their gate and drive out, three boys stood afar whiles one boy stood with Abigail in the dark under the Mango tree which was adjacent to their house.

'If I see you with my daughter again, that will be your end, do you understand?' Sampson warned the boy as he threatened to jail the remaining three who stood afar and watched their friend talk to his minor daughter. She is young and not even eighteen, if you allow her body to deceive you, I will allow jail to handle you, Sampson threatened once again before leaving for his house. 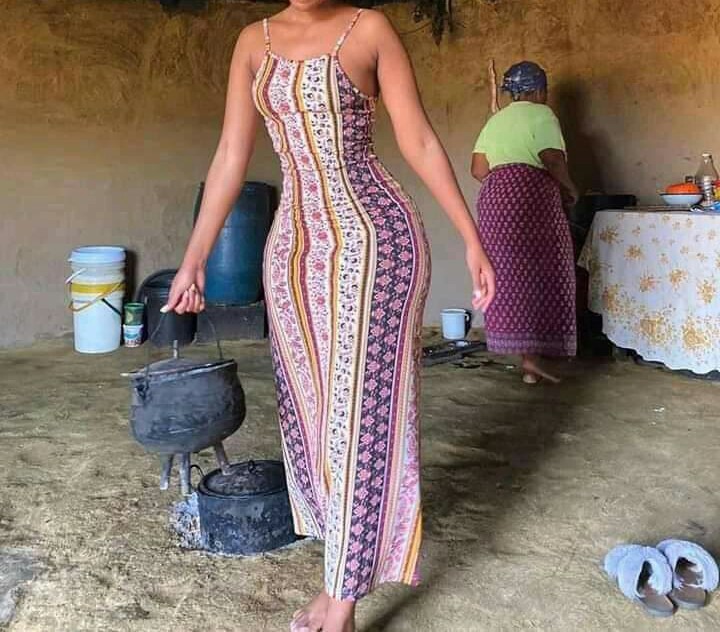 Sampson is not the hard type who should have gotten angry easily, but the persistent nature at which other children in the neighbourhood, especially the female children were getting pregnant made him overprotective of his first child. Abigail, the firstborn of Sampson, is heavily endowed with beauty and a curvy physique just like her auntie Emefa, Sampson's sister. Abigail is sixteen but her body makes her seem more than twenty, and because of that, area boys thinks she is an adult ready to mingle.