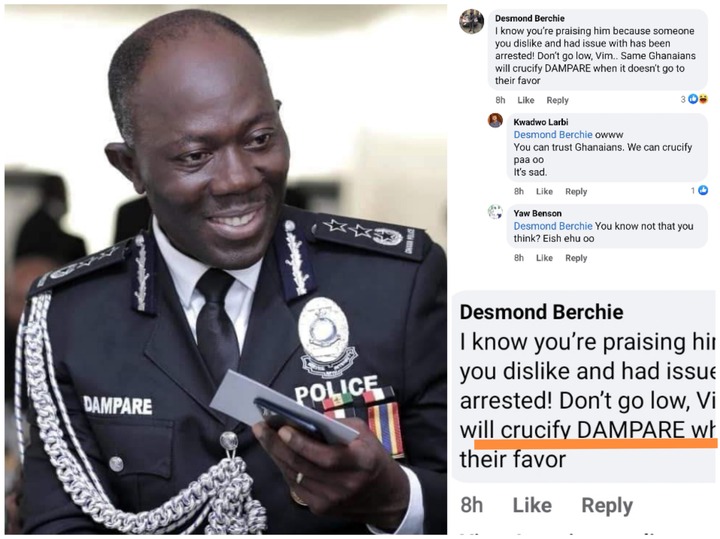 Since his appointing even in acting capacity as the Inspector-General of the Ghana Police Service, Dr. George Akuffo Dampare has won the trust of many Ghanaians for being proactive in fighting crime. The early feat chalked in his appointment promises to be an unparalleled attribute among his predecessors.

But will these positive ratings stand the test of time? Today, IGP Dampare nis the most talked-about figure in Ghana after the arrest of a god-father of the President, Apostle Isaac Owusu Bempah. This single act of causing the arrest and prosecution of the renowned prophet had signalled an impression of an impartial judgement and prosecution of the duties of the police service.

The praises hauled on IGP Dampare is immeasurable, not only for the recent action but for other operations and swift response to combating robbery in crime infested communities and highways. But there are others who have professed the IGP will soon be hit with criticisms.

From a single post Afia Pokuaa made on Facebook, the reactions speaks much about a caution to the IGP, the police service and Ghanaians in general. The emphasis is that as much as the IGP welcomes these criticisms, he should equally be ready to face condemnation and criticism from the public in whose interest he works.

But there are others who think the hypocrisy of Ghanaians will be more profound when they fall foul of the law and in the grips of the police. The predictable response as noted is that the IGP will be 'crusified' by the very people who once praised him for the work done. 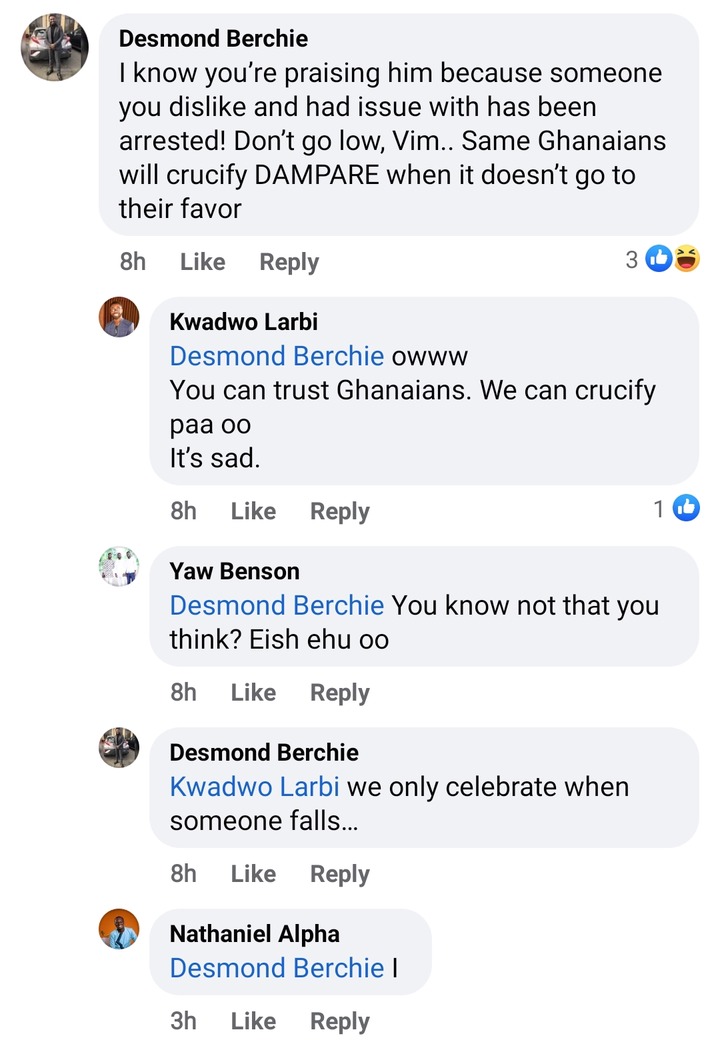 These kind of feedback shouldn't be ignored by IGP Dampare as it will help him modify his strategy and actions such that he could sustain the trust the people have reposed in him. Just as the Greater Accra Regional Minister has been equally applauded and criticized for some extreme decisions taken over the past months, IGP Dampare should brace up for same reaction.