By EpiNews (self media writer) | 1 year ago

Three people died in the accident, including the tanker driver, his mate, and a one-and-a-half-year-old baby who was sleeping at the time.

Seven homes were lost in the fire that ripped through the neighborhood.

The tanker narrowly missed Kwame Asare, who was drying his cocoa at the time of the incident. He said the diesel tanker lost control and collided with a parked Ford Transit Van before catching fire. 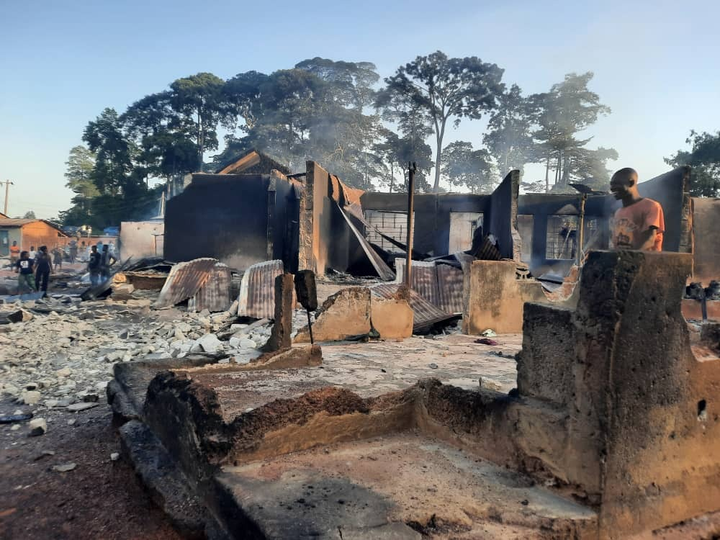 Many people were out on their farms at the time of the crash, leaving their children who had returned from school.

For protection, the children run into bushes and other groups.

Three children were also missing as of Tuesday morning.

The fire department was called in to help put out the fire.

Meanwhile, officials from the National Disaster Management Organization have arrived on the scene to evaluate the situation.

Some arrangements were made with the District Assembly for the affected people to spend the night.

We Are Fighting For A Better Life For Ghanaians - Oliver Barker Speaks Ahead Of Demonstration.