I have Given Up: Please Don’t Shoot Me: Drama As Notorious Armed Robber Surrenders To The Police 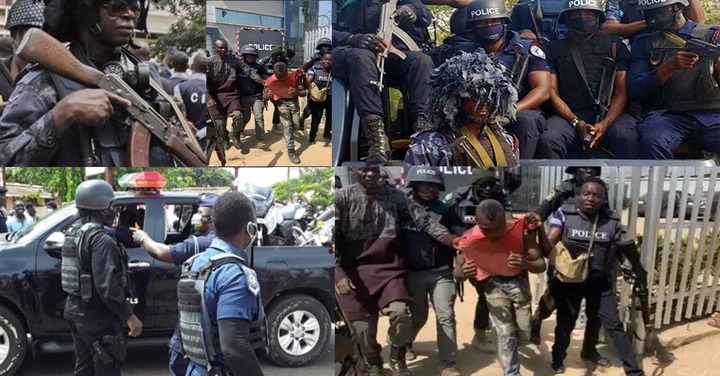 It was an interesting scene when armed Police Officers (FPU) suspected unusual moves by two armed robbers. The armed robbers were comfortably using a motorbike, as usual, to carry out the raid. They planned to attack a young man who was driving peacefully on one of the busiest highways in the country but their plans were being monitored since the leader is already marked in the bad books of the Ghana Police Service.

The gang leader was occupying the back seat of the motorcycle with heavy weapons whilst his colleague rides comfortably. Their target, who is an innocent driver also realized the unusual moves of the motorcycle riders and decided to find refuge, he comfortably parked his vehicle just beside another one that was also on the road. He did this to ensure that the armed robbers will stop chasing him.

Fortunately for him, he parked just beside a private vehicle which was full of armed Police Officers who were following the armed robbers closely. Ignorantly the armed robbers did not detect the police vehicle since it was not marked. They decided to go straight to the young man and carry out their raid but the police came out of their vehicle to save the situation.

Immediately the leader of the gang whose name has been given as Alhassan Sulleyman noticed the police presence, he did not leave in peace and decided to open fire at them with his Bruni MOD 92 foreign pistol, but the police officers were more tactical in their job. They targeted the leader and shot him right in the face. 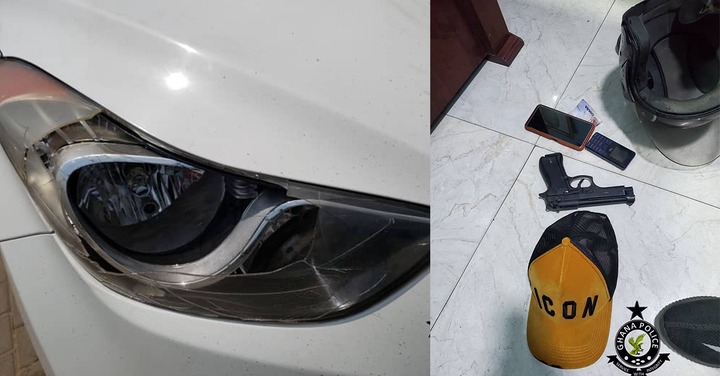 The rider who was still in control of the motorcycle decided to be smart and run for his life after realizing his boss had been gunned down but the Police got him. He confessed that he had given up and begged the police not to shoot him too.

Just as they were about to lead him to the station, he decided to escape again but this time around, the police made him know that they are the masters of the game. He was shot on the spot to prevent him from escaping again. 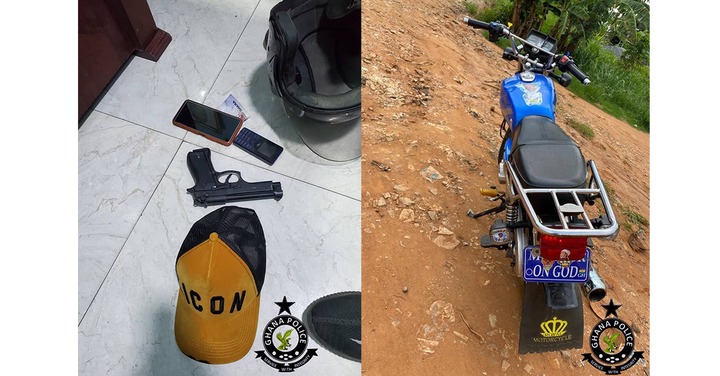 Residents on the Nsawam Amasaman road where the incident happened were happy at the conduct of the police and applauded them for the good work done. One of the residents indicated that they had no other option than to clap for the police officers on duty at the time for excellently delivering their duties. “All those who witnessed clapped for the police at the point, we cannot keep people like these in prison”. One of the residents indicated.

The Police have recently been up on their game in ensuring armed robbery cases are reduced in the country drastically.

First Day Of The Month, Say These Powerful Prayers Points To Open Your Destiny Doors