By YeoungBrainy (self meida writer) | 24 days 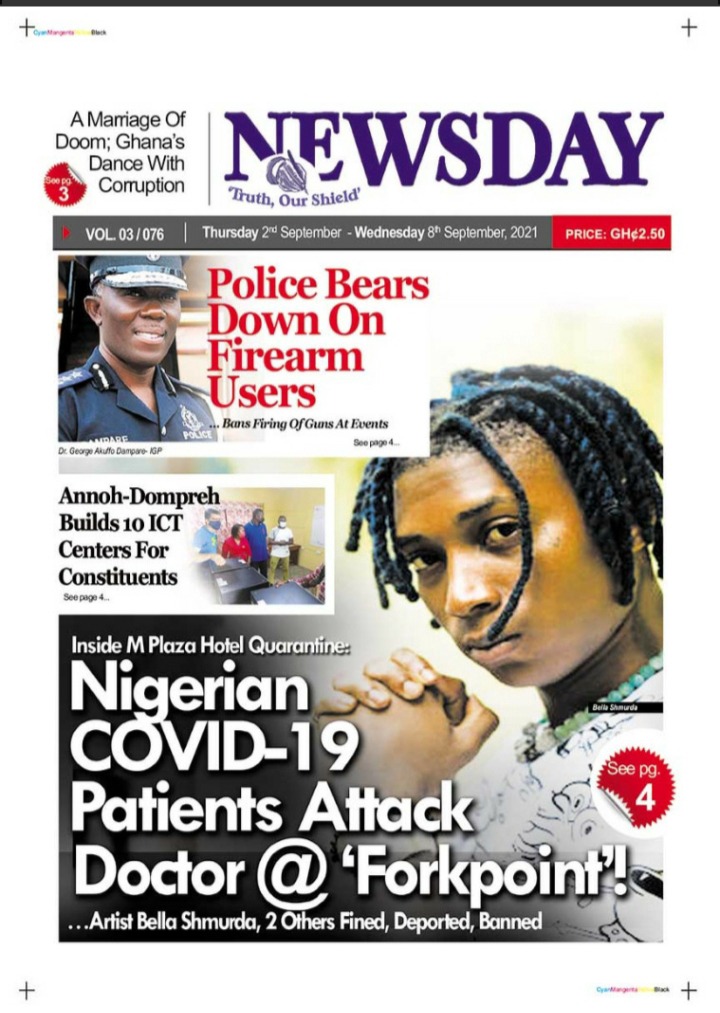 The three were deported after the Adjabeng Circuit Court in Accra had convicted them to a fine of GH¢2000 each as compensation for the medical Doctor they attacked at Forkpoint, banned them from entering the country for the next three months, and ordered for their deportation.

They were convicted on their own guilty pleas to charges of Verbal Abuse to Medical Officer, Physical assault to medical officer, and Attempted Assault with a table fork on a Medical Officer.

tore the caution tapes that demarcated the safe zone between the inpatients at the hotel and the security officers and charged at the Doctor with a fork which he pulled from his pocket.

It came to pass that the three Covid-positive patients- Ramsey Omeofe, Jubreel Abimbola and Ahmed Akindiyi - together with other patients took their test in the morning of 27th August, this year- for which results for antigen test was ready.

As part of daily routine, patients were made aware of the results. Just after notifying the three

of their results, they started becoming violent with verbal attacks and insults on the

medical staff, including insults on the entire process and the country as the whole, describing it as a scam.

The medial team, professional as they were, NewsDay learnt, ignored them and proceeded to attend to another patient when Akindyi Ahmed (Bella Shmurda) suddenly tore the caution tapes that demarcated the safe zone and charged at the Doctor with a fork which he pulled from his pocket.

The Doctor managed to prevent the first impact until Bella Shmurda made a second attempt which was then blocked by one of the patients-a Ghanaian.

Ramsey Omeofe then held the Doctors hand and attempted to slap him but again the Doctor blocked the attempt, whilst Akindiyi Ahmed then decided to put up a fight with the Ghanaian before the security team who were at their post came and intervened.

Later, this paper gathered, one of the nurses reported that Bella Shmurda mentioned to her the day before the day of incidence that, they were going to cause trouble if their retest came back

The three were arrested and sent to the Kotobabi Police station from where they were arraigned, found guilty, fined, deported and banned.

NewsDay’s independent checks revealed that it was the same MPlaza Hotel that Bella Shmurda shot his music video not too long ago.

Interestingly, Bella Shmurda and his two other colleagues were the first to rope in the press when they were arrested and taken to the Police Station.

Online news portals captured them as saying that they paid for huge hotel bills but were being maltreated at the quarantine center.

Instead Of Focusing On Their Books, This Is What They Have Been Posting Online Whiles In School