One has been lynched at Kotwi in the Ashanti Region for allegedly stabbing a 28-year-old Nana Boakye to death after a dispute.

The Alleged suspect after who appeared to be mentally unstable, after committing the murder, tries to run away but was lynched by a group of young men around the scene.

According to the Public Relations Officer of the Ashanti Regional Police Command, ASP Godwin Ahianyo, “The District Police Command had the information that a dead body was lying by the roadside. The crime scene team rushed to the area and indeed saw a dead body, identified as Nana Boakye.” 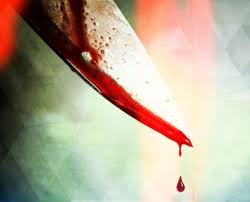 The police said that investigation shows that the two were friends who went to a drinking spot for drinks and later had an argument.

He indicated that preliminary Investigations show that the two were friends and had before their death gone to a drinking spot, where they fought.

How can friends do this kind of act, taking the life of his colleague?