The rider of an unregistered tricycle 'Pragya' has caused the death of his passenger after making a series of stunts on the Agogo cemetery road. The road which is an asphalted road, is an over 30km road that connects Agogo to surrounding villages like Penman and others. The same road, full of slopes, is where the Agogo cemetery lies. 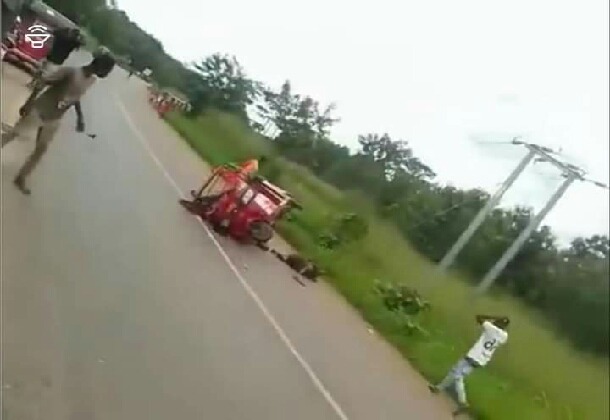 The deceased passenger, Afia Frimpomaa, 45, was going to the Agogo cemetery to check on the tilers working on her father's grave when she met her untimely death this afternoon. Afia Frimpomaa, the eldest child of the late Opanin Kelvin Frimpong, had buried her father yesterday, Saturday 23 October and was going to check on the tilers who were tiling the grave to see how far they have reached with their jobs.

The abusaupanin of the Oyoko family clan of Asante Akyem Agogo, Agya SK Obeng, directed the eldest daughter of his late brother Kelvin Frimpong to go and check on the tilers of Kelvin's grave, so they could have a definite budget to account for during their Monday funeral accounting meeting; the 40 days anniversary, but she met her death instead. Before the Agogo cemetery, lies a slope that leads to Penman village, and it is with that slope tricycle riders within Agogo exhibit their riding skills.

David Assumang, the rider of the unregistered tricycle, did not remember he was transporting an elderly woman and fell for the stunt his colleague riders were exhibiting on the cemetery freeway. David joined the stunts and unfortunately for him, his breaks failed him and crashed the tricycle after somersaulting twice. 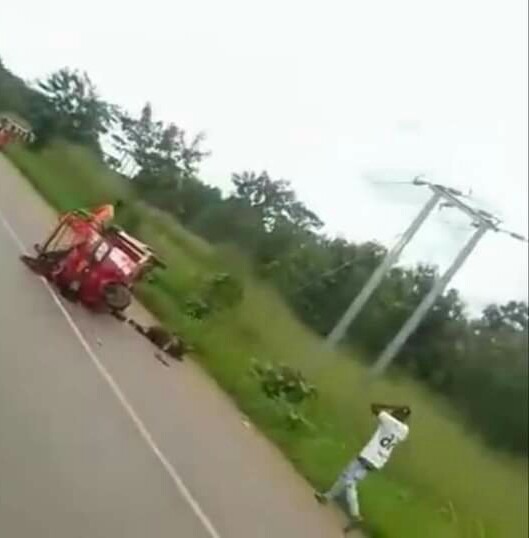 The 45-year-old passenger of David's tricycle, Madam Afia Frimpomaa fell off the backseat of the tricycle and crashed on the asphalt road when the tricycle somersaulted, dying on the spot. She was already dead when an ambulance from the Agogo Presbyterian Hospital arrived on the scene of the accident. The rider, David Assuming, also died on the spot when he tried getting hold of the tricycle after he lost his breaks.

Three people have been arrested as of now helping the Agogo police carry on their investigations into the cause of accident. The three people are all alleged to have been involved in the afternoon stunts on the freeway that lead to David joining and crashing to death. 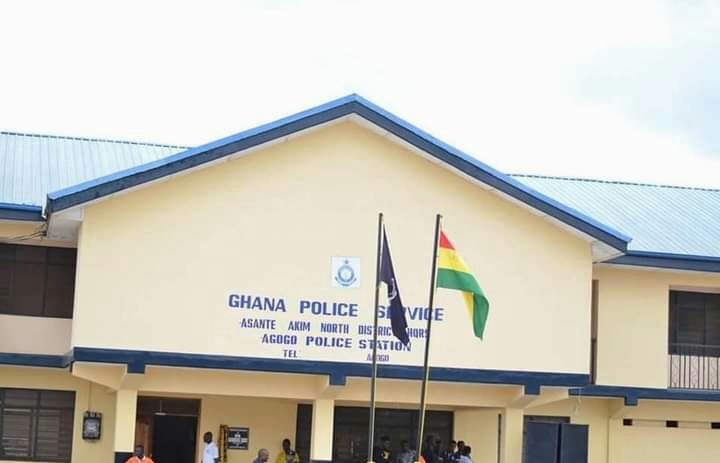