An alleged CCTV footage of the attack of the bullion van in James Town which led to the murder of a young police officer who was providing protection for the vehicle has emerged on line. The incident, which has been talked about for quite a while is actually not the first time a bullion van has been attacked with the robbers making away with the loot.

The crime led to a major outcry across the country as it had become one incident too many. This led to the Ghana Police Service coming out to boldly state that they were going to apprehend the perpetrators of the heinous crime.

True to their word, just a few days ago, news of the arrest of some members of the gang suspected to be the one which were involved in the crime emerged.They were arrested in the Eastern region at their hideout.

A footage believed to be that of the incident has emerged. In the footage, a group of young men on motor bikes are seen around a white pickup track modified to serve as a bullion van. As was letter revealed, they would attack the car moments later, take their loot and brutally murder the police officer offering the protection as though they had a personal score to settle with him. 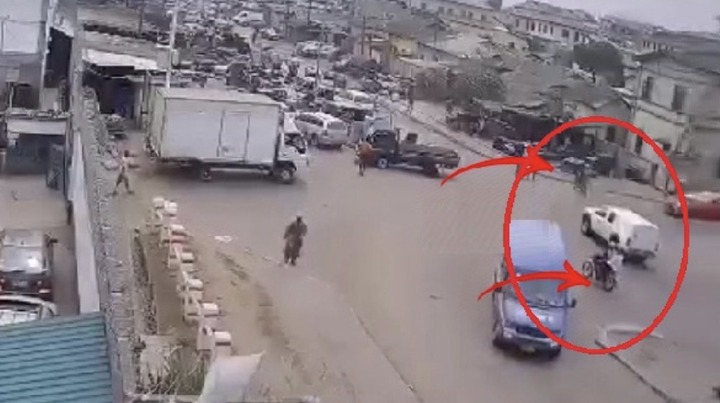