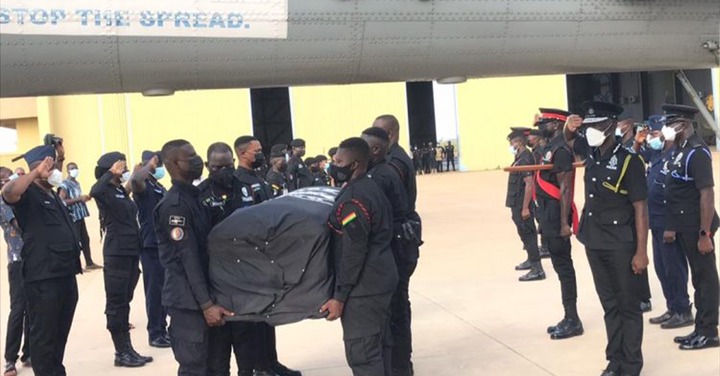 It was a mixed feeling when colleague police officers went for the black coffins containing the bodies of their colleagues who died in a serious accident on the Walewale Bolgatanga Road. Sorrows and grief could be seen all over their faces as they walk majestically with the coffins on their shoulders.

The coffins containing the bodies of Constable Charles Osekle Nii and Chief Inspector Aroma James Akakose were covered with the black flag of the Ghana Police Service, this is a normal way of showing last respect to a departed police officer. Their deaths have since been described as painful since they were responding to the emergency call of an armed robbery attack. 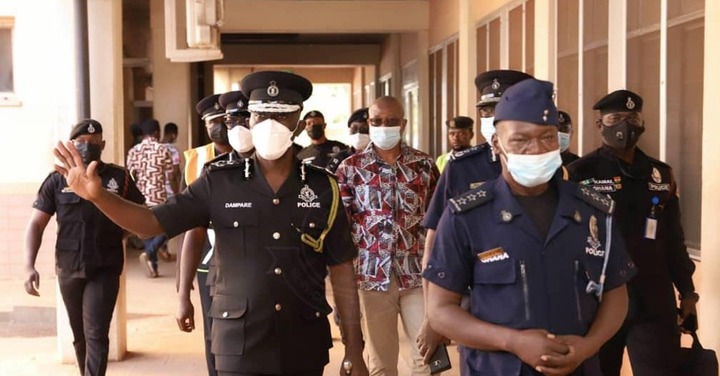 The armed robbers are said to have been carrying out their operations when the officers were called for assistance. As they were on their way to the location, they were involved in a serious road accident that led to the death of the two with the remaining three being in serious conditions. The IGP moved to the area to have first-hand information on what actually happened.

Six police officers who were all dressed in their official uniforms carried the black coffins on their shoulders to the airport where they were being conveyed to the capital for proper preservation and burial. Led by COP George Akuffo Dampare, some police officers were there waiting for the six officers with the black coffins to salute the departed souls. A few days ago, they were healthy and they all shared jokes and good times together but today, they are no more. 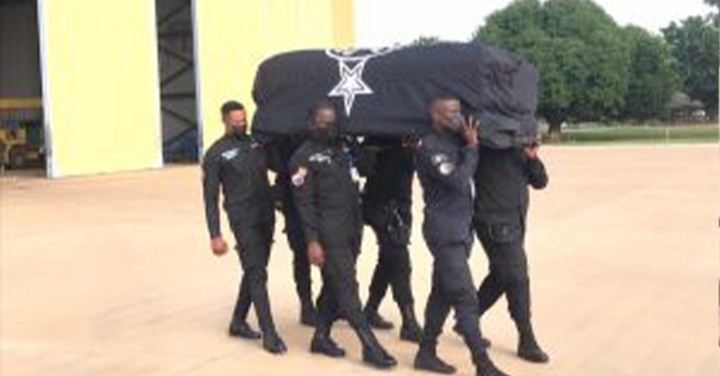 The six officers lowered the coffins from their shoulders and COP George Akuffo Dampare could be seen performing his last respect. He saluted the coffins as the six men kept them lowered at knee level. It was a moment of sorrow and grief. The other four officers who got injured have also been airlifted to the capital for treatment. This is a sad day for the entire Ghana Police Service and the country at large. The affected families are currently in troubling times after the news hit their ears.

To the injured officers, more prayers are needed for them to regain their straight and continue the good job they were doing for mother Ghana. To the armed robbers, their days are marked because the police will soon hunt them down.