3 Armed Men Escaped After Attacking A Man At GIMPA, Accra.

By Discoverers_Gh (self meida writer) | 17 days 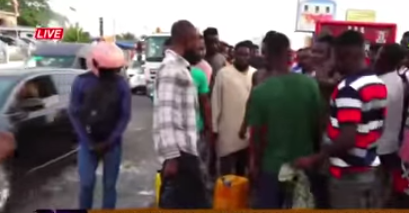 Three (3) armed robbers have crossed attacked a businesman on the Ghana Institute of Management and Public Administration (GIMPA) on Tuesday dawn, April, 27th at about 3am, breaking his windscreen with shots of bullets in Accra.

The armed robbers pursued the victim with a motorcycle on the GIMPA road while he was returning from work very early on Tuesday. They shot at him through the windscreen while he tried to drive faster to escape the armed men.

According to the victim who narrated the incident, he was was returning from work earlier today and thought that since it was too late, it is better he uses the GIMPA road which is a short cut road to his destination. 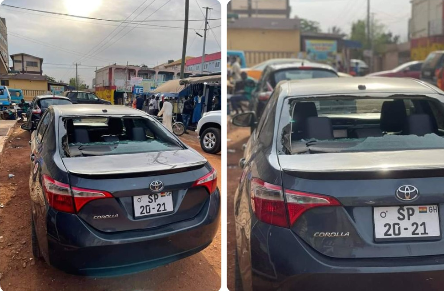 However, while he was going down the street, he realized that three persons on a motorcycle were keenly pursuing him. He began to speed up with the intention of escaping them. But they started shooting at him from behind and broke his windscreen. He later removed the car key and narrowly escaped through a narrow way by reason of the fact that he was quite ahead of them.

According to him, their intention, as per their action, was just to kill him and get hold of the car he was driving. But he managed to escape with the key. The sound of the shots woke residents around who invaded the scene after the robbers disappeared.

The GIMPA road is known to armed robbers as a short cut road to most parts of Accra, hence, it is not safe to use it at night. It could be dangerous and deadly in some cases.