2. "The Girls with Wooden Ears" Story written in the form of articles, by John Mensah

By John Mensah (self media writer) | 17 days ago

The Girls with Wooden Ears, story written in the form of articles to admonish the youth of today. By John Mensah

When the time was due for Abrafi to resume, her parents bought her all the necessary items that she needed as a boarder. Sunday evening around 4:00pm, her siblings accompanied her to the lorry station. The driver started the ignition and they journeyed on.

A young man, who had bushy hair, long beard and big muscles was in the car. In fact, before boarding the car, he had no money on him, so he decided to play smart. He intentionally hovered a flying whisk over his face periodically and also refused to speak to.

The driver’s assistant began collecting their fares. The guy intentionally placed his hand in his pocket to acquire money. Unfortunately, he pulled his hands back without any money. He gave a dim and cast his eyes left and right.

Then he screamed, ‘H-e-e-e-i, my wallet was right here in my pocket. How come it is nowhere to be found? Please, everybody should listen to me very carefully! Whosoever had the gut to take my wallet should present it to me now, else what happened in 1983 will happen once again and now!’

The passengers, especially the women, began to tremble; for they were scared of his attitude and utterances. So, some of them spoke with soft tone saying, ‘Please, young man, take things easy. And who is that person who has taken the guy’s wallet? We don’t want any trouble o-o. Please how much is the money?’ The guy said, ‘One Hundred Ghana Cedis.’

Out of fear, the women donated money which amounted to the quoted figure and presented it to the guy. The driver’s assistant did not ask Abrafi for money since she was wearing school uniform. The guy collected it and said, ‘Okay, that is splendid; the incident will not recur. He kept hovering his face with the flying whisk.

Later, one woman interrogated him. ‘But young man, what actually occurred in 1983?’ The guy said, ‘H-m-m. Actually, in 1983, when I was travelling from Ahenema Kokoben to Kejetia, somebody stole my money and I had no option than to walk. I do not want similar incident to recur.’

The passengers were peeved but his answer sounded funny so they laughed over it. No one dare asked of their money back.

The car finally reached the Abrafi’s destination, and they all alighted. Abrafi went to campus safely. When she entered the dormitory, she sighed and said, ‘Thank God I am now in Form Three. This is the beginning of First Term. May the good Lord see me through.’

At Brosanko, Mr. Mensah Abrampa, the breadwinner of the family, picked his gun, ammunition, gourd, water, sack, catapult, headlamp and a torchlight and said to his family; ‘I am going to hunt for game. My dear, please take good care of the children, okay?’

Mr. Abrampa slept on top of a tree till the time clocked 8:00pm. He then descended and roamed in the forest with his headlamp on his forehead. He heard a strange noise at far left so he illuminated his headlamp at the direction and walked steadily towards the spot.

Then luckily enough, he spotted a very big and unusual dear. Mr. Abrampa was a brave man, but the way the deer was enormous, he was scared. He readied his gun. The deer stood steadily and stared at him mysteriously. Mr. Abrampa aimed at it and pulled the trigger. 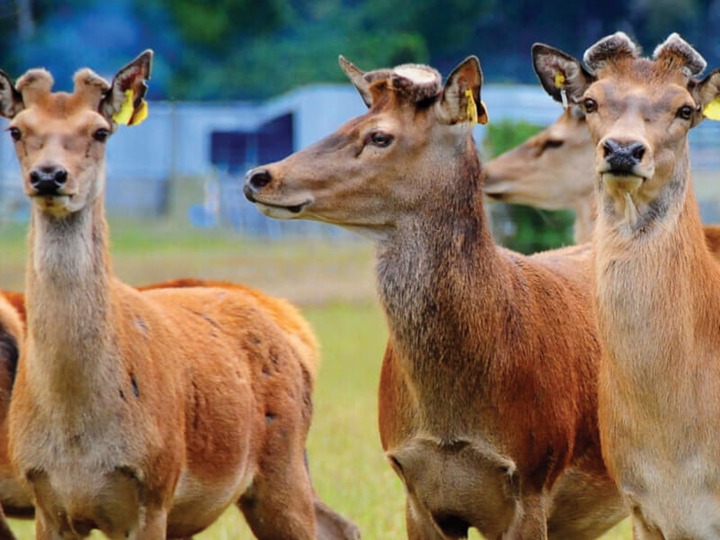 Content created and supplied by: John Mensah (via Opera News )