Two Gunmen Gunned down, 4 Arrested And Ghanaians React To GPS 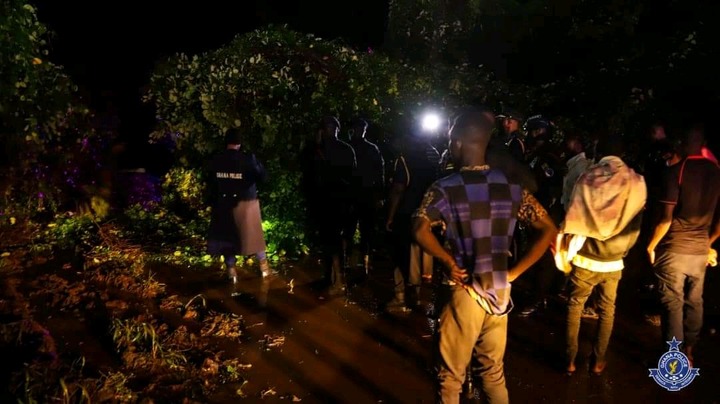 In recent times, the high rate of insecurity in some parts of the country has been alarming leaving most people in fears. Not only innocent people are being robbed or exploited by gunmen, but some mostly lost their lives in such incidents.

A similar action of the sort has been the recent killing of a United Kingdom based journalist, Syed Taalay Ahmed Sahib a journalist with the Muslim Television Ahmaddiyah International who travelled to Ghana to cover a documentary on Ghana's peace, religion and security issues only to be killed by gunmen along the Kintampo-Tamale highway. Leaving his co journalist, Umaru Abdul Hakim in injuries though he survived.

Personnel of the Ghana Police Service have been working assiduously to bring down those criminal activities. Fortunately, the personnel have gunned down two suspected armed robbers and busted four others who have been alleged to be accomplices of the high robbery and murder cases along the Kintampo- Buile-Tamale stretch. 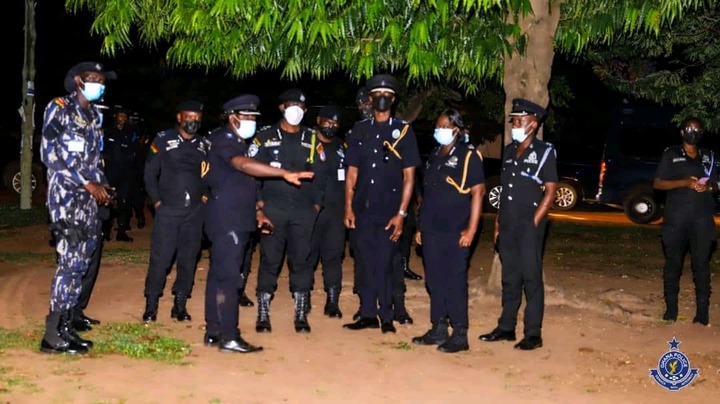 A statement from the Ghana Police Service reported: "Two suspected armed robbers have been killed and four others busted for their alleged involvement in some robberies and murder cases along the Kintampo-Buile-Tamale highway" 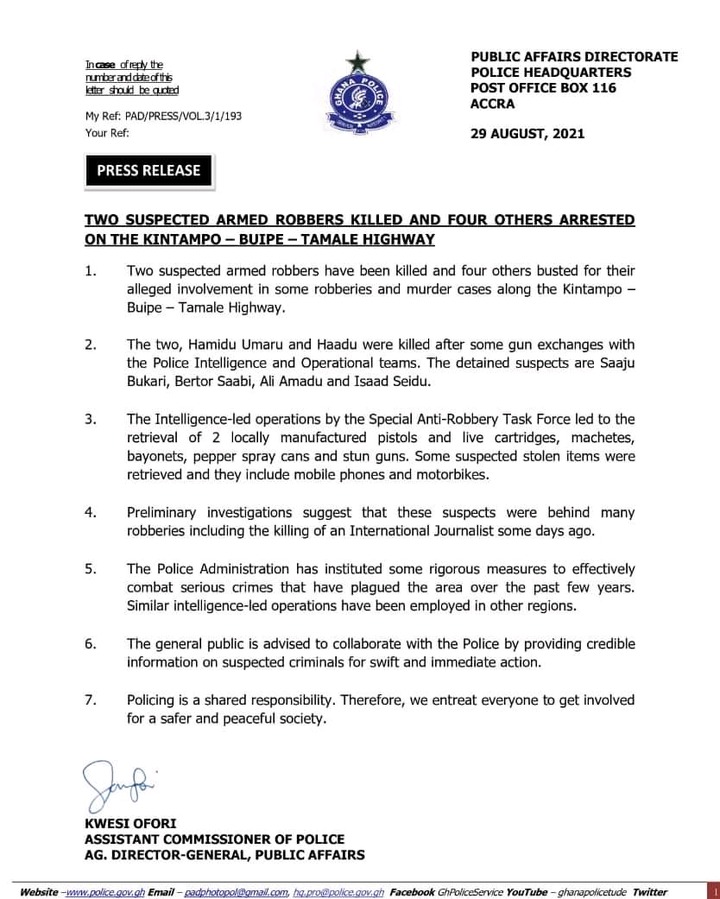 This and many others have made Ghanaians to believe that the service is working once again under the Acting Inspector General of Police, Dr. George Akuffo Dampare. What do you make of it?

Content created and supplied by: BBGH (via Opera News )