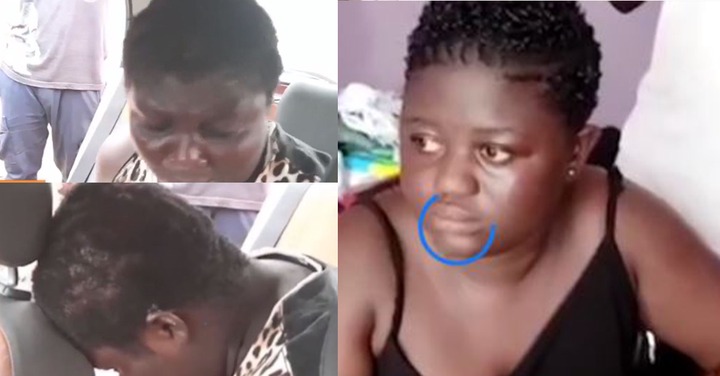 Most criminals who have been arrested over the years are males. In the various prisons of the country, the number of male criminals far outweighs the number of females. It is rare to come across a notorious thief who is a female not to even talk about mob lynching them.

But a few cases have been reported in the Country lately making it seem some of the females are ready to take every chance for the sake of survival. There might be other females who have been indulged in other unreported forms of crimes, but those that are under discussion have been apprehended red-handed and in the act.

Two separate incidences have been reported in the books of the Ghana Police Service recently. One happened at Nhyieso in the Ashanti Region and the other was recorded at Kasoa in the Central Region. At Nhyieso which is the latest, a young lady, Kate Boateng was nabbed for defrauding a mobile money merchant.

It took the intervention of a Member of Parliament in the area to save the young lady from being killed. In the early days of June this year, another notorious criminal was arrested at Kasoa. She had over twenty master keys and was moving from one room to the other stealing the properties of others. Luck eluded her and she was arrested. The mob around nearly lynched her but the police intervened to save the situation.

It looks like the criminals are now changing their modus operandi. It is not easy for anyone to tag a woman as a criminal and that is exactly what the criminals have decided to do. They are now using females to carry out their activities whilst they stay back and enjoy the goodies. With mobile money fraud, for example, unsuspecting females will be made to do the transaction whilst the male criminals will be sitting somewhere directing them on how to execute the plan.