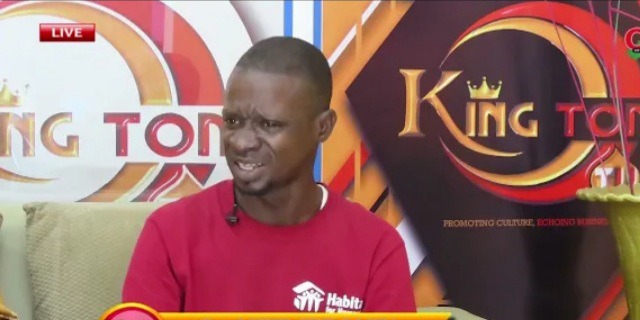 A young man who works at Accra went to Kumasi searching for work but he was almost defrauded an amount of GHC4,700. According to the man, he is a driver in Accra but he has not worked for the past two months. One of his friends called him to inform him that he was in Kumasi working as a mason. The man then told his friend if he gets any driving work he should tell him. His friend later called him to go to Kumasi for the driving work but he told him to go along with GHC1000.

The man told his friend that he is currently not working so he can't get that amount he is requesting for. The friend hang up the call but called him two weeks later. He told the man that he has informed his manager about his situation so he should just get his transportation and go to Kumasi. His friend again told him that he will get a payment of GHC2,000, the man became interested and went to Kumasi. When he got to Kumasi and went to the office with his friend, they met about 50 people.

They gave him a seat and one man came to where he was sitting, that person asked the man what he has achieved in the driving work he has been doing, he told him that he hasn't achieved anything. He was told that he will be able to achieve all that he wants within six months with the new job. He was taken to another office, they asked the man to pay GHC1,000 before he will fill out the forms. The man told them that he was not having that money, so he walk out of the office. The next day, they were given lectures about the products the company is selling which is GHC4,600.

After paying that amount, they will open accounts for him but he has to look for another two people who will also pay the same amount of money before the company which is called Qnet business will pay him $100 a week. The more he will be able to bring a lot of people to buy their products his payment will be increased. The man then told them that he is not having that amount so he wants to go back but he was informed that he can't leave the premises unless he call his friends and family members to send him that money.

The man told them he was not having any family members to call. They gave him to pressure to pay the money, he became annoyed with his friend for not telling him the truth about the work. Everywhere he goes too they will be following him. He spent about 6 days at the company. He told them he was not interested in the work so he took his bag and left. His friend accompanied him to the station to pick a car back to Accra.