By Ahomka.News (self media writer) | 28 days ago

The rise of theft and robbery are on the rise in the country but the police are also up and doing to curb such menace. In the year 2021, Ghana has recorded massive armed robbery cases which has led many victimised in a disturbing manner. The acting Inspector General Police has brought new strategies and his boys are also working tirelessly to combat these crimes that are escalating in the country. 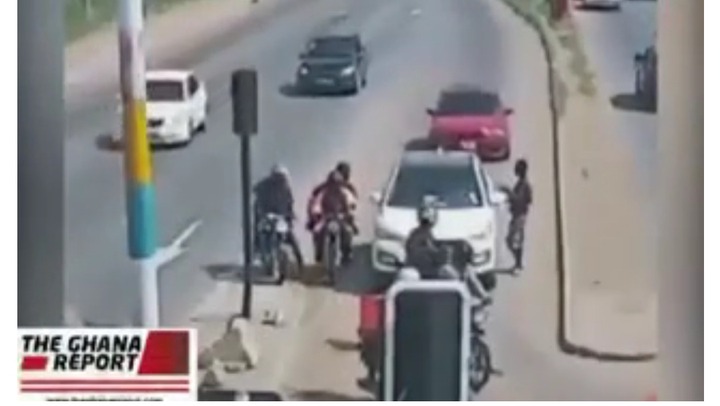 Unfortunately, there was a news circulating on social media that indicated that a woman who was returning from a bank was robbed at a gunpoint in Achimota. The CCTV footage about the incident has been revealed and has since been circulated on social media. In the video, the woman was seen driving in a white Sports Utility Vehicle (SUV). She got to a point when the traffic signalled red meaning she has to stop. A roadside vendor approached the car whether she will buy something. 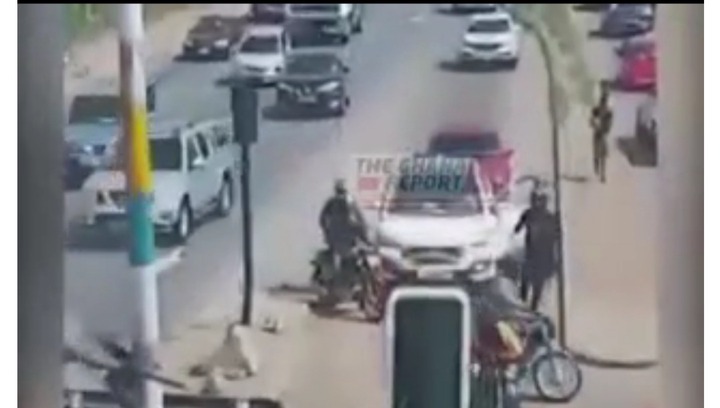 Immediately, these hardened criminals on a motorbike numbering five sandwiched her car and demanded the money. One of the guys at the back of the motor quickly stepped down and pointed a gun at her while trying to open the door. The drivers door was locked so he couldn't open and later went to the passenger's side and opened. He took the money and jumped on the bike as they bolted with warning shots. One woman on a different motorbike decided to run for her life after seeing the act and was shot down immediately. The rate at which they planned their actions will tell you that they were really stalking them from the time they stepped out from the bank to enter the car. Everything that transpired over there was like a movie. Police have started investigations over the issue. 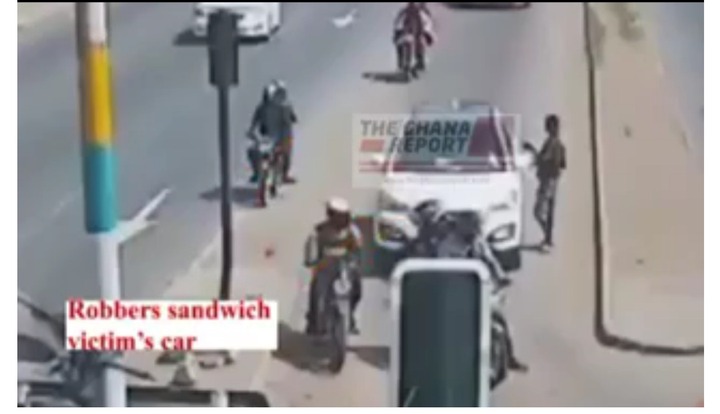