Four Armed Robbers Beaten To The Pulp, After Catching Them In The Act Of Stealing Rail Line Metals 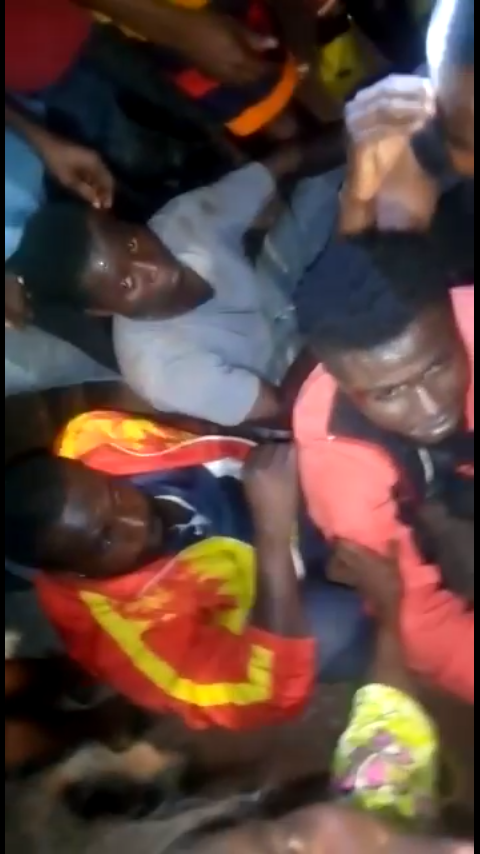 The beastly instinct in some people would always make them to behave like a beast of the jungle, who when their bad behavior catches up with them, they turned to blame the devil.

This is what has exactly happened at Pampaso Kensere, a village community within the Bekwai Municipality of Ashanti Region where four alleged armed robbers are said to have been apprehended in the act of stealing rail line metals meant for the construction of Bekwai-Kumasi railways.

The four who reportedly wept like a trapped lion amidst begging for forgiveness which was treated with contempt were named as Kofi Grushie 34, John Painstil 18, Kofi Adu 25 and James Bukari 24.

This was when they were severely beaten after marching them to the Bekwai Police station for further action.

Confirming the story to this correspondent, the Assemblyman for the area, Hon Emmanuel Anim Okyere underscored that on Tuesday September 21, 2021 at about 2am, he was awakened from his sleep by a group of young men from the town (Pampaso-Kensere) who told him about the arrest of the four culprits.

He said upon the message he followed the boys to the scene only to witness to his amazement, the apprehension of the thieves whom the angry residents were subjecting them to beatings.

Hon. Okyere hinted that the robbers, upon seeing his presence as the Assemblyman for the area, pleaded for forgiveness of sins he treated it with contempt.

According to him, earlier probe had it that the robbers allegedly hired a heavy duty truck in their bid to load the cutting metals away for sale to scrap dealers to enrich themselves.

The Assemblyman added that for sometime now, he has been receiving reports about how armed robbers have been stealing metal materials, the authorities of the Ghana Railways Corporation have packed them at the area for the construction of railway lines from Bekwai to Kumasi.

He said based on the information, he formed a night volunteer group to keep watch and bring the offenders to book, but God so good, luck run out of the four when they were arrested on the fateful day.

At press time, police investigations into the robbery case was ongoing.