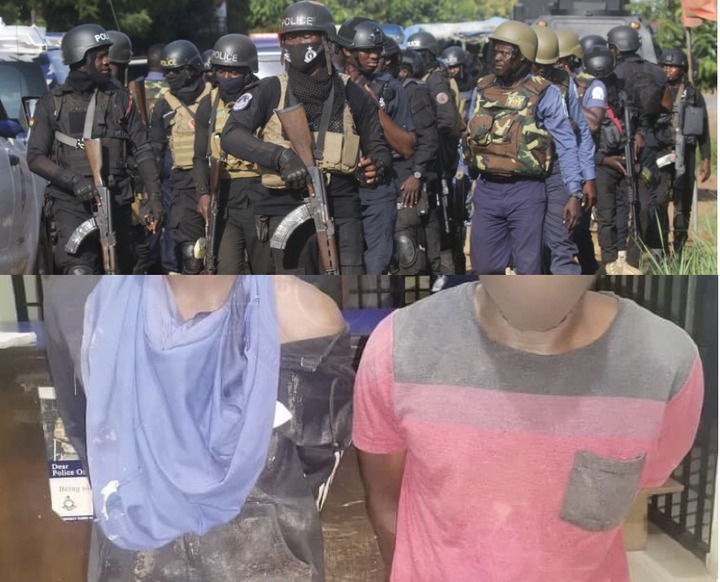 The good news is, these robbers have been nabbed by the police. But the bad story is that the increasing rate of robberies remain at its peak and not declining anytime soon.

Robbers remain a threat to the progress of this country and as well as the safety and peace of mind of Ghanaians.

East legon has become one of the hot zones for robberies on daily basis. The robberies that happen at these places are alerted to be random, regular and unpredictable.

People staying at East legon and it’s vicinities have witnessed or experienced these issues and are currently living in fear of their lives daily.

Today at East legon, two suspects have been arrested by the Ghana police and these robbers are robbers who according to the police have had several successful hits at East legon. 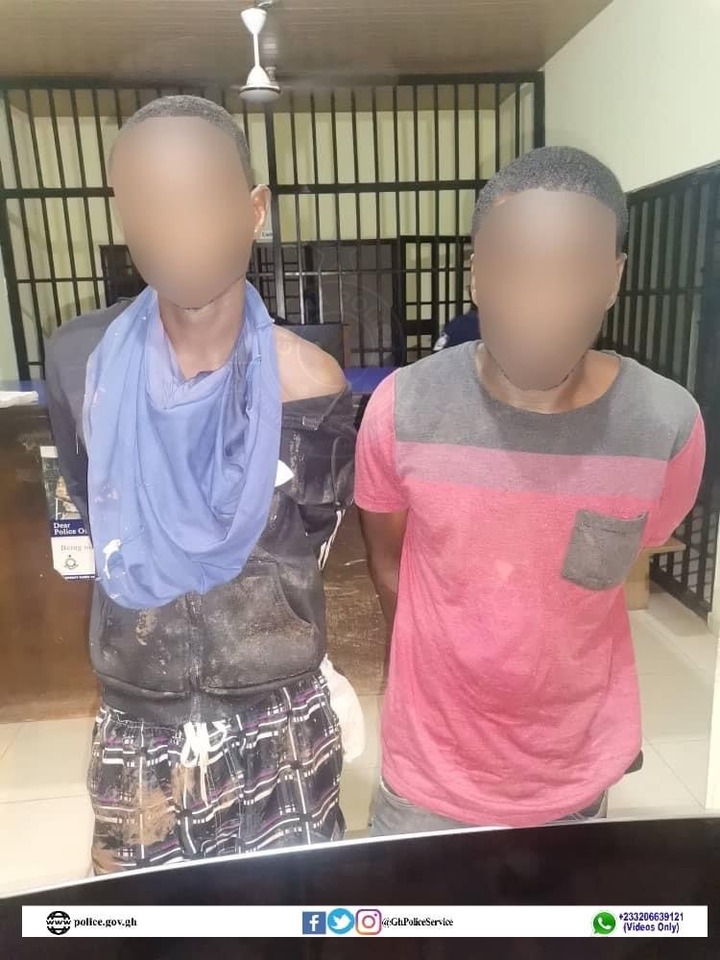 According to the police, they have stolen or robbed people from house to house and have as well shot a few persons with a pistol and wounded others.

During this intensive arrest scene and an almost impossible arrest, the robbers were reported to be heavily armed as stated earlier and shot at the police several times.

They attacked the police with gunshots but Dampare’s boys managed to get hold of them. The reason behind the recent killing of police officers is because of the danger they mostly face. 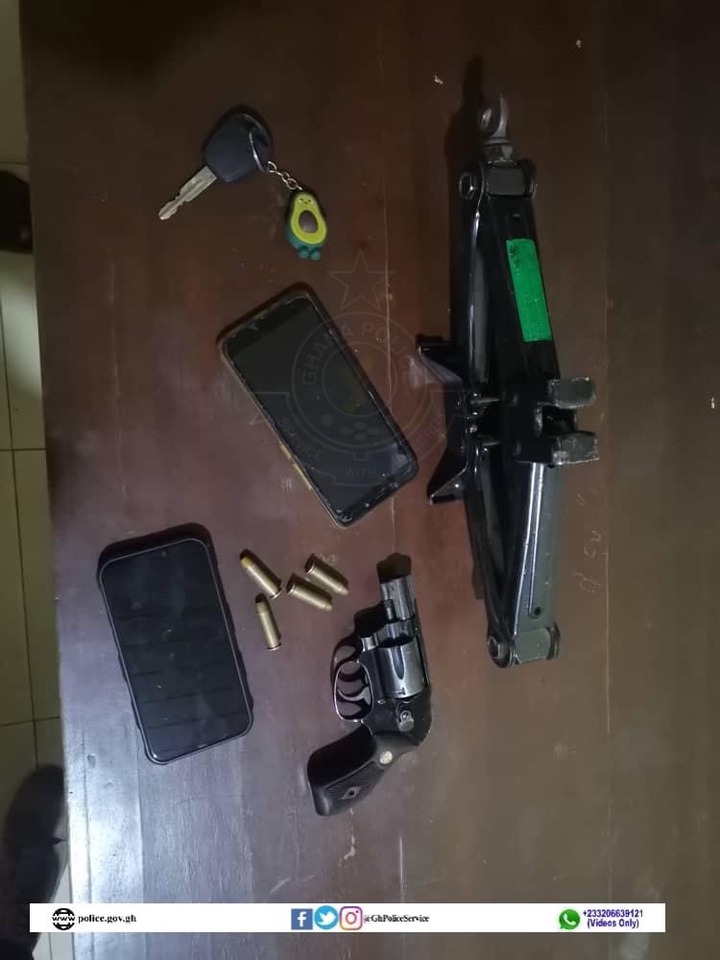 According to police report, Samuel Agyei and Sumaila Mahama were arrested in possession of several arms and rounds of ammunitions to carry out their operations.

The Ghana police have them in custody and are preparing them to face the law as the law demands. Possible years of jail term is alleged to be meted out to them as punishment as well.

However, the police have continually shown interest in nothing but protecting the country and have urged to protect Ghanaians from all of these dangers. 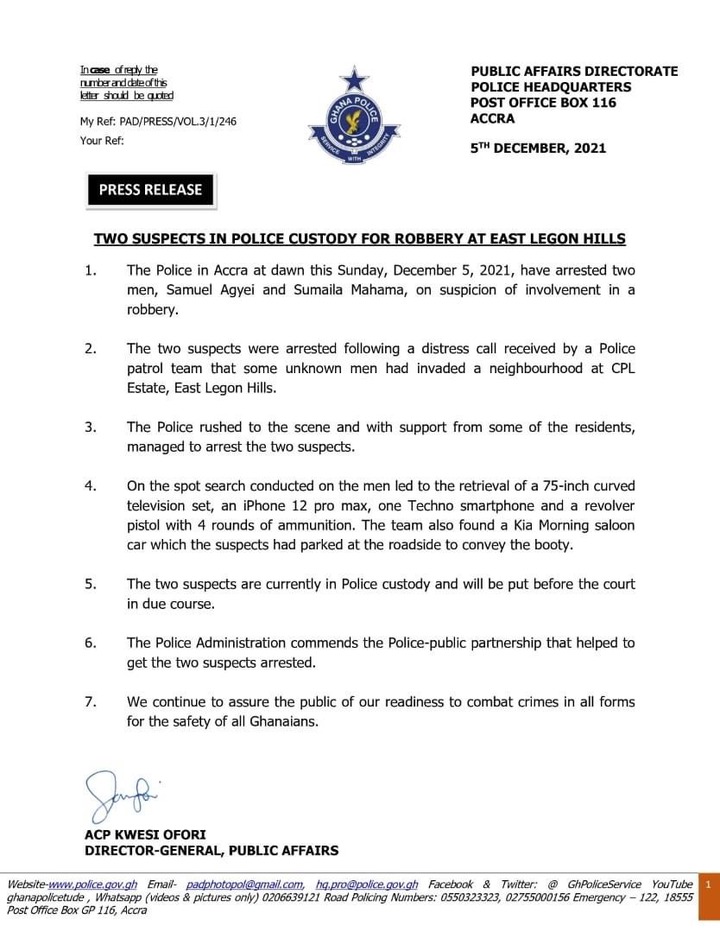