Against her father's wishes, Fauzia Bibi married Mehboob Ahmad last year. Manzoor Hussain allegedly then set fire to her sister's home. The fire in central Pakistan claimed the lives of both the women and their four children. Police are now searching for the father, who is said to reside in a nearby hamlet. 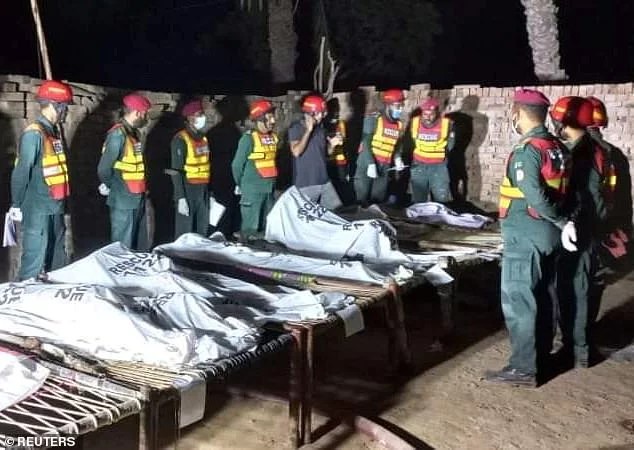 Police are looking for a Pakistani man accused of murdering his two daughters and four grandkids after one of them married without his consent. An official told Reuters that Manzoor Hussain reportedly set fire to the home that sisters Fauzia Bibi, 19, and Khurshid Mai, 35, shared in a hamlet in central Pakistan's Muzaffargarh region. The blaze claimed the lives of all six of them, as well as Khurshid's spouse.

According to the official, Fauzia married Mehboob Ahmad against her father's will in so-called love marriage, as opposed to an arranged marriage, around 18 months ago. A home fire at a hamlet in the Muzaffargargh area of central Pakistan killed Fauzia Bibi, 19, and her son, as well as Khurshid Mai, 35, her husband, and their three children.

'This altercation occurred as a result of a feud between the two families over a love marriage,' said police officer Abdul Majeed. He said that Hussain, the father who is being sought, resides in a neighboring hamlet. Two individuals have been arrested and charged with burning to death seven persons at the Civil Lines Police Station. Hussain's brother is thought to be the second.

According to Bibi's husband Ahmad's testimony to police, he was not at home at the time of the incident and discovered the house blazing when he returned from work early in the morning.

'I was in Multan for a meeting.' According to the Pakistani daily Dawn, he informed authorities, "When I returned and was near my home, I found it in flames."

'At the same time, two guys named Manzoor Hussain and Sabir Hussain were spotted fleeing the scene.' He also claimed that his father-in-law and brother-in-law were dissatisfied with the marriage and set fire to his house 'in fury.'

Ahmad started his four-month-old baby, as well as Mai's three children, ages two, six, and thirteen, had perished. The source of the fire is being examined, and investigators are trying to figure out why none of the women or children were able to flee when the fire broke out. According to Pakistan's Human Rights Commission, hundreds of women are slain by relatives every year for marrying without their consent or against their family's desires.