Sons Of Goliath: Meet The 5 Tallest Men In Ghana.

Many people aspire to be exceedingly tall because of the numerous benefits it provides. Because of his size and power, Goliath was a well-known and feared figure in the Bible. Angels descended from heaven and lay with daughters of men, having kids in the shape of Angels, according to the Bible (Giants). Their progeny grew up to be war machines who scared a large number of people, much like Goliath did. In today's society, the average height is around 5 feet, yet there are certain individuals who are taller. Some of them stand up to 8 feet tall. In this article, we will learn about Ghana's five tallest persons.

Derrick stands at 6 feet 7 inches tall, making him one of Ghana's tallest men to date. Derrick is a member of the Cape Coast-based Hopes Care International Basketball team. Despite his stature, he is known to be a quiet person who is rarely seen socializing with large groups of people. 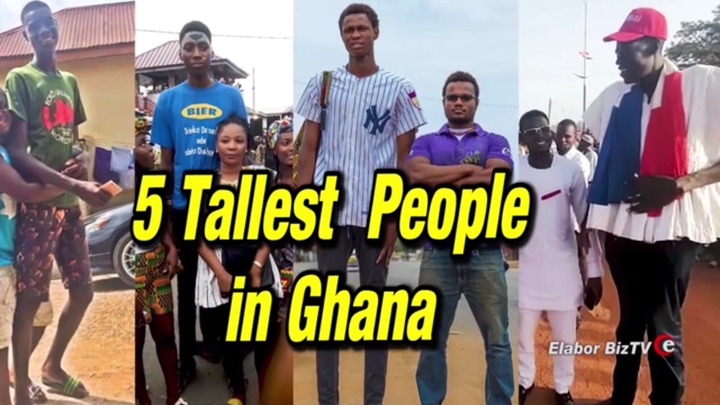 Jude Ogba is a Nigerian actor.

Jude is currently regarded as Ghana's second tallest man, standing at 6 feet 10 inches. Jude gained popularity during the 2019 chalewote festival in Accra, where he was approached by many people who wanted to snap photographs with him. 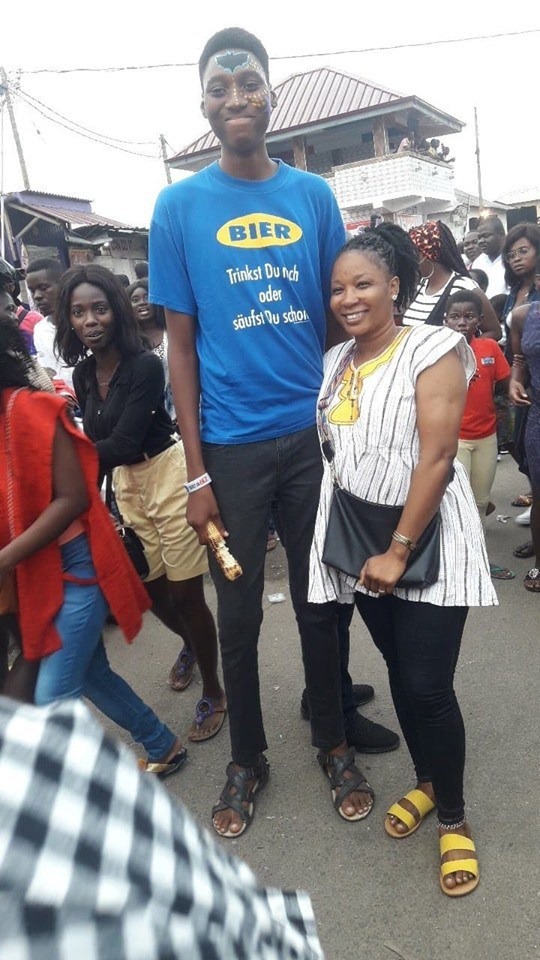 Ebenezer Mensah, who is from Ghana's Eastern region, is among the country's tallest individuals. When he first emerged as a student at Swedru School of Business, his picture became viral on the internet. With a height of 7 feet, he became a campus celebrity. Ebenezer Mensah stated that sleeping in his bed was difficult since it was too small for his height. As a result, MTN Communications donated a special bed for the adolescent. Saddick Adams Obama claimed that he has received calls from basketball teams throughout the world offering to support the adolescent to help him improve his basketball talents. 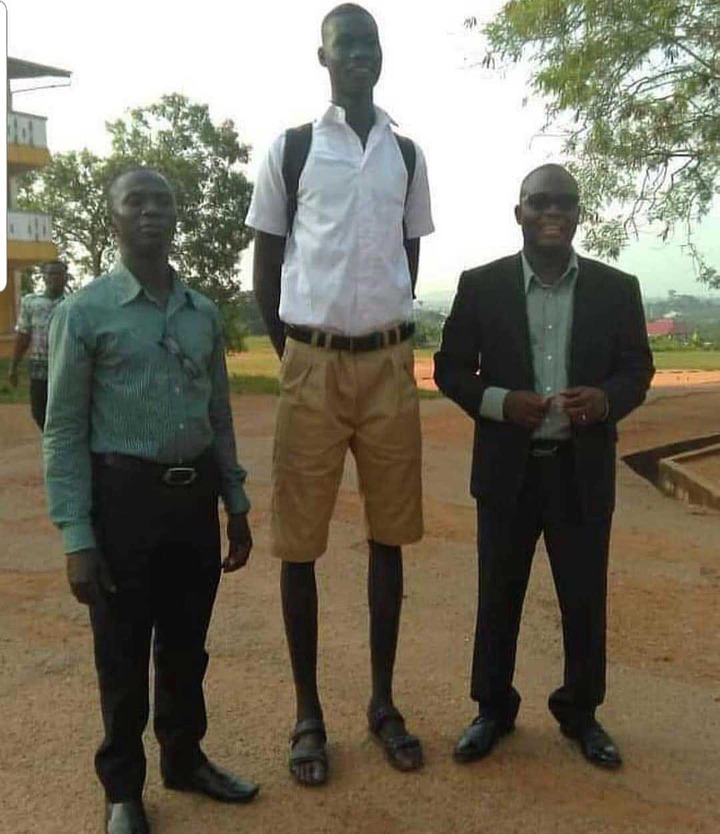 The fourth tallest individual in Ghana is from the Volta Region, specifically Zuipe. Charles, even at the age of 20, stands at a height of 8 feet and is probably Ghana's tallest boy. With his height, he is claimed to be a local superstar, according to legitimate checks.

Awuche, Ghana's tallest man, is now the tallest guy in the country. He is 27 years old and stands at 8 feet tall. He is from the East Mamprusi Municipality. Abdul revealed in an interview that he was born short but noticed he was getting taller than normal at the age of ten. His rapid growth forced his parents and other influential people to visit the Oracle to figure out why he grew so quickly. 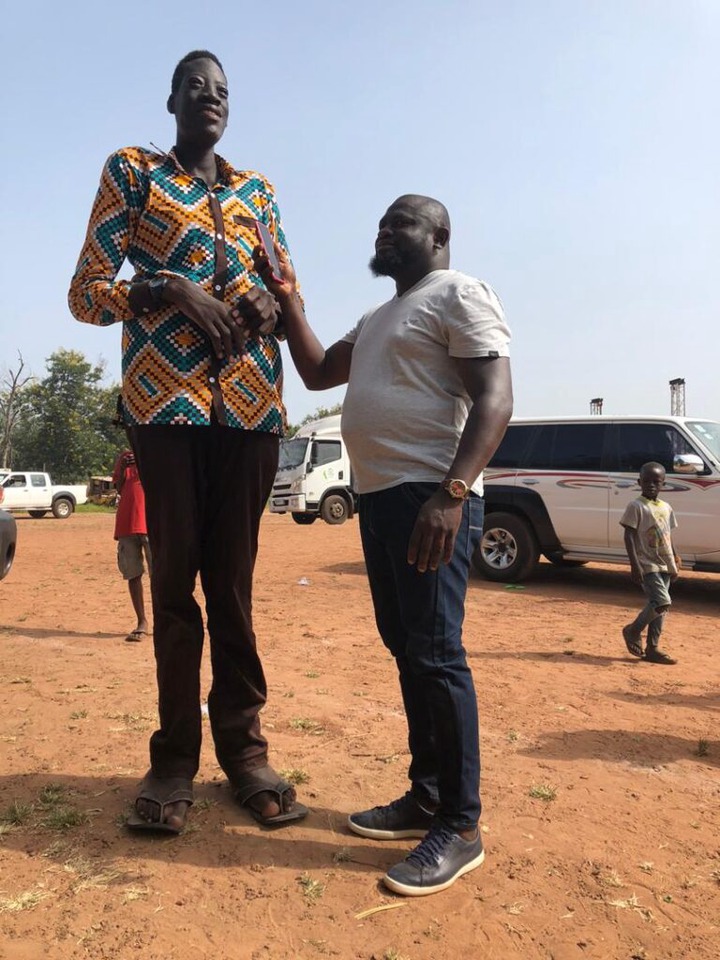