Robber Almost Lynched After He Snatched A Military Man's Car In Broad Daylight. 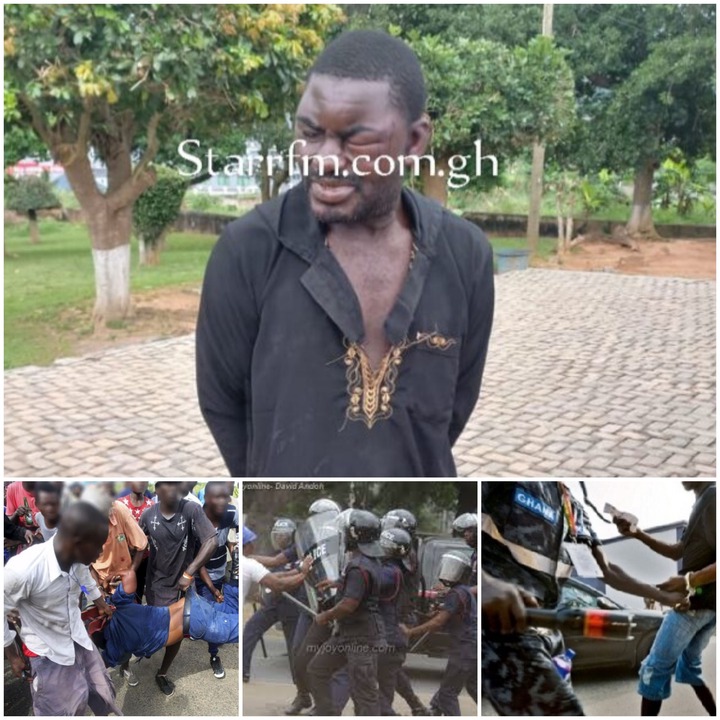 The incidence of robbery in the country seems to increase day in day out but thanks to the police service who are also on the move always to curb their operations. 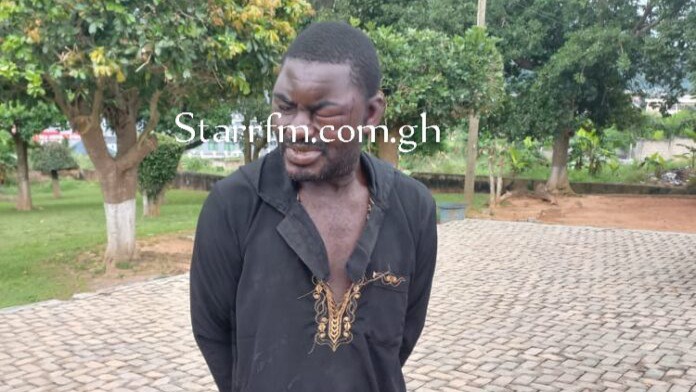 There was a serious drama at Akyem Tafo in the Eastern region when a car thief snatched a vehicle from none other person than a military officer in a broad daylight on Sunday. This was an unfortunate move on the part of the thief.

According to Starr News, a military officer by name Sargent Eric Okyere Agyapong who happens to be a physical training instructor of the Northern Military Command Headquarters, Tamale currently on attachment at the Army recruit training school Shai Hills at about 1:40 pm on Sunday, October 10, 2021, visited his wife and children at Akyem Tafo.

The car he was using developed a mechanical fault therefore he decided to drive his wife’s Hyundai Elantra saloon car with registration number ER 490 21, with the wife on board to search for a mechanic to fix the car for him in his house.

The couple met the suspect at one mechanic shop in the course of the conversation, the suspect suddenly jumped into the car of the couple and sped off immediately.

The military officer then hired a taxi to chase the suspect to get his car back.

Fortunately for the military officer, the suspect who was speeding crashed another vehicle upon reaching Suhyen to Jumapo stretch of the Bunso to Koforidua highway.

The military officer upon seeing this raised an alarm which the youth in the area together with police at a nearby checkpoint came to the scene. The police tried to arrest the suspect but he resisted using his alleged juju powers.

He was pepper-sprayed several times and beaten before he was overpowered and arrested and sent to the Jumapo Police station. He was later taken to the Regional MTTD at the Police Headquarters, Koforidua.

The Akyem Tafo District Police command led by ASP Fred Kpetigo went to the Regional Police headquarters, Koforidua and met the suspect in handcuffs at the RMTTU charge office with a swollen face.

The suspect said his name was Nana Agyemang.

He has since been moved to Akyem Tafo District Police Command, treated, and discharged at New Tafo Akim Government Hospital.

The partly damaged stolen car has also been towed to the Regional Police Headquarters.