Kroboland Versus ECG: When All Ears Turned Deaf, The Dead Will Now React

The 'Never ending Battle', between the Youth of Kroboland (Yilo and Manya Krobo Land), and the Electricity Company of Ghana (ECG) is on; and producing new stories almost everyday. 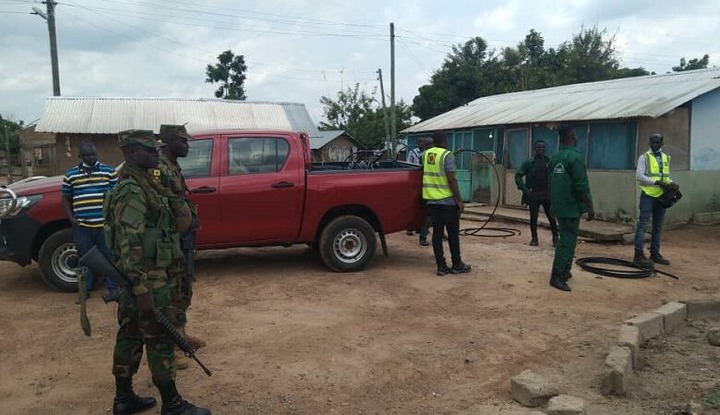 The genesis of the misunderstanding between the two, started with complains from the people of the Yilo and the Manya Kobo communities, that Electricity Company of Ghana (ECG), was 'stealing' from the krobos, with electricity over-billing.

This generated the May 2017 rampage; and the November 2021 demonstration; by the youth of the Yilo/Manya Kroboland, in the Eastern Region, against the ECG, after the entire Kroboland went total ‘power cut'. 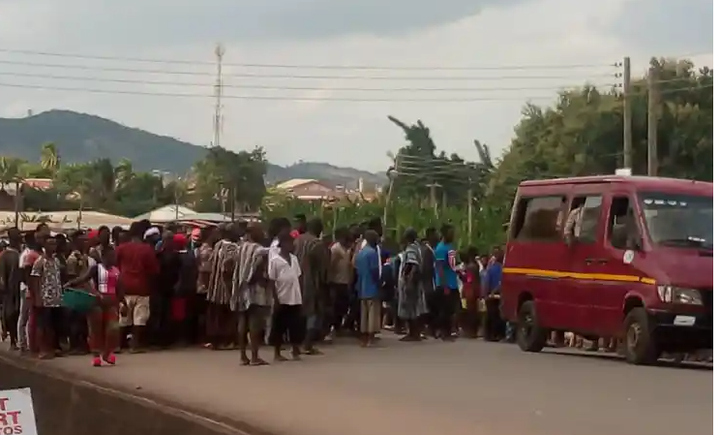 The misunderstanding; which went unsolved, again saw to the December 6, 2021 total power cut by the ECG, in the entire Kroboland; and forcing people to move to some nearby towns like ‘Belly Korfe’, ‘Elavanyo’ Akrade, Atimpoku, Akuse, Dodowa, Adukrome, Apredi, etc, to charge their mobile devices, and other electronics.

Again; due to the latest clash between the Krobo Youth and the ECG; due the installation of Prepaid Meters in the land, the entire Kroboland has been sent back to another two weeks power-cut, and total darkness.

Whiles the ECG is bent on installing the prepaid meters in every single household of the Kroboland, the Krobo Youth, have also vowed to resist them; and this has led to more than two weeks of a total halt in the area. 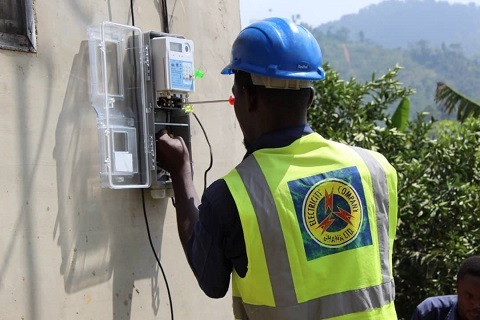 Many people have complained; condemning the ECG for its 'cruelty' to the people of Kroboland, but the Power distributing company 'careless'.

The Member of Parliament and the District Chief Executive for the area have also condemned the acts by the ECG, but to no avail.

The latest to 'respond' to the two weeks of total power-off in the Kroboland, is the dead bodies in the Mortuaries.

Mortuaries or Morgues are places used for the storage of human corpses, awaiting identification, removal for autopsy, respectful burial, cremation or other methods of disposal.

In modern times, corpses have customarily been refrigerated to delay decomposition; so, in a simple term, Mortuaries are places, in which dead bodies are kept until burial.

As we know, if a dead body is left untreated at room temperature, it will deteriorate quickly, so they are put into refrigerated units and preserved, until the families are ready for funeral and burial. 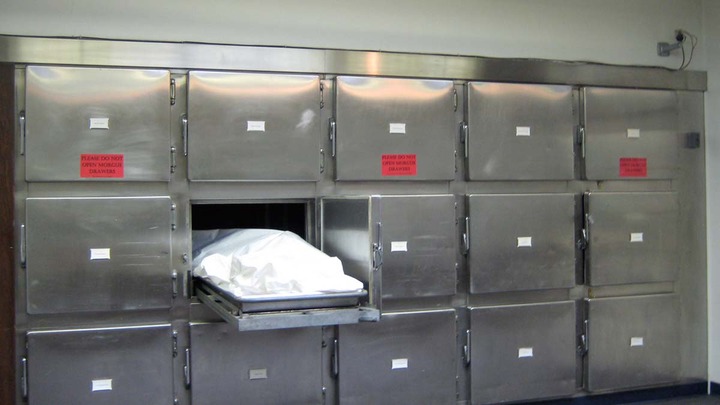 In our part of the world, almost all these Mortuary refrigerators, are power by electricity; which means, when the power goes off, the mortuary cannot preserve the corpses; and decomposition or decaying starts sooner than later.

This is the signal the 'dead bodies' in the Kroboland Mortuaries are sending...'no-electricity; we are decaying as quickly as we can'.

The latest report coming from the Kroboland; and captured on myjoyonline.com revealed that, "Families in the Yilo and Manya Krobo municipalities say operators of mortuaries, are asking them to come for the remains of their loved ones", because "the bodies are decomposing in the wake of the community-wide power cut".

The report again revealed that, "one of the youth activists in the area, Edmund Aboagye said, about five families have received incessant calls from mortuary attendants, to retrieve their bodies because they are rotting at the facility. According to him, the mortuary attendants say, they cannot afford to fuel the generators that keep the facility running".

Speaking on JoyNews, Mr. Aboagye stated that, “I have had about four or five persons, who have their family relations of dead bodies at the mortuary call to inform me, that the hospitals have called them to come and pick their dead bodies, because they have started going bad at the mortuary”. 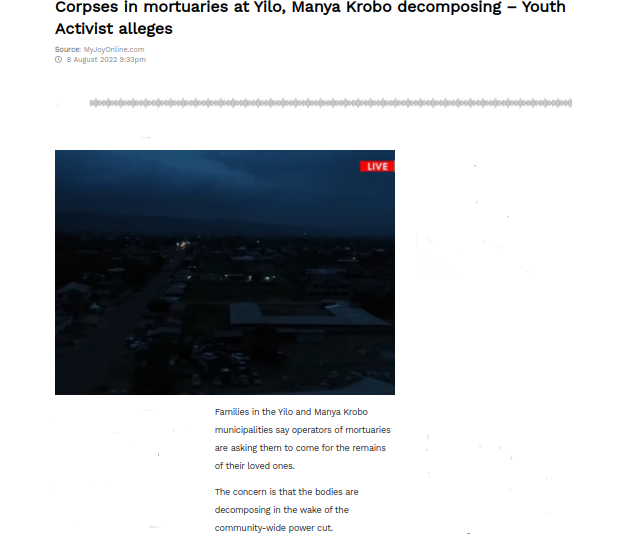 This report indicates that, when the living speaks, and the ECG still 'turn deaf ears, the dead will react', and lets see what happens.