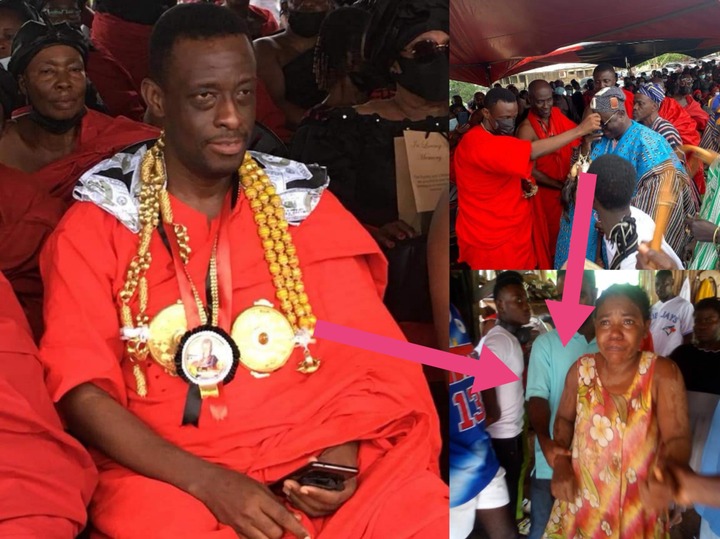 The Western Regional Minister, Kwabena Okyere Darko-Mensah had been through a difficult week. Whiles planning for the final funeral rites of his late father, Nana Boanyina Adusei Mensah II, the Chief of Boanim in the Ashanti Region, he was also handling the 'kidnapping' case of Josephine Panyin Mensah.

About two weeks ago, the Minister became the center of controversy in the GHC49,000.00 fee which was allegedly sanctioned by the Dean of MMDCEs and Coordinating Directors in the Western Region, as a contribution towards his father's funeral. He denied this allegation but his response wasn't persuasive to some Ghanaians, especially the opposition National Democratic Congress (NDC).

A week after, the Regional Minister who happens to be the head of the Western Region Security Council was burdened with Josephine's kidnapping case. The issue gained so much of a national interest given the history of kidnappings and murder in the capital of the region; Sekondi-Takoradi.

Hon. Kwabena Okyere Darko-Mensah for speaking to facts as reported in a Police investigation that exposed a conspiracy in the kidnapping of Josephine was 'pounded' by some residents of the city, media, and other critics. But he soldiered on, hoping that the truth will finally be uncovered.

Two days after his announcement that Josephine Panyin Mensah faked her pregnancy and kidnapping, the latter finally confessed and confirmed the Minister's claim. The shame that engulfed the faces of some critics could hardly be expressed with words.

Back to his roots in Boanim, Kwabena Okyere Darko-Mensah is mourning the passing of his father. As a royal of the chiefdom, he was made to wear golden ornaments with a picture of the late Dad encased in one of them.

The weight of these two events haven't taken much of him [physically] and it is expected that he retires to Western Region in the coming days to review reports and security measures based on lessons from this case.