By ReadForMe (self meida writer) | 20 days 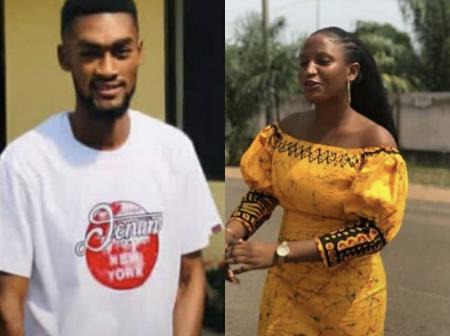 The young footballer Jay Dordorye who murdered his fiancée Harriet Kafui at Ho in the Volta region became the trending topic in the country. Everybody was worried about how this incident happened. I and my media group have decided to follow the case and bring you all the updates.

After he allegedly murdered his girlfriend, he also attempted to take his life. Upon all the attempts he survived and he was taken to the hospital for treatment. Ghanaians have been waiting to hear what truly caused the death of his girlfriend.

An interview his mother had with Kuul FM at Ho revealed her son is now getting better. As she visited him today and she is praying he will come back to his normal state. According to his mother, he was able to speak with her but he was not able to talk much because he is not that strong which he can speak for long.

According to the mother and what her son said, it wasn’t his intention to kill his beloved but it was unfortunate something like that happened. Though the girlfriend is dead and gone, he is ready to reveal the truth to the court even if it will take him 100 years in jail, he will still speak the truth.

He added this is the worst thing that has ever happened in his life and it will be hard for him to forget.