'I didn't see her, she came from nowhere' - Driver defends hitting a pedestrian to death at Nkawkaw

By RockyJDJones (self media writer) | 7 days ago

On the Nkawkaw bypass to Accra; the dual incoming road which starts from Nkawkaw junction and ends at the outskirts of Nkawkaw; Life and Peace African junction, was where a Toyota minibus driver crashed a middle-aged woman to death. The woman, a native of New Asuyebo, a settlement community along the bypass, was said to have attempted to cross the road when the driver with a speed of over 80km/h kicked her from her feet, leading to her on the spot death. 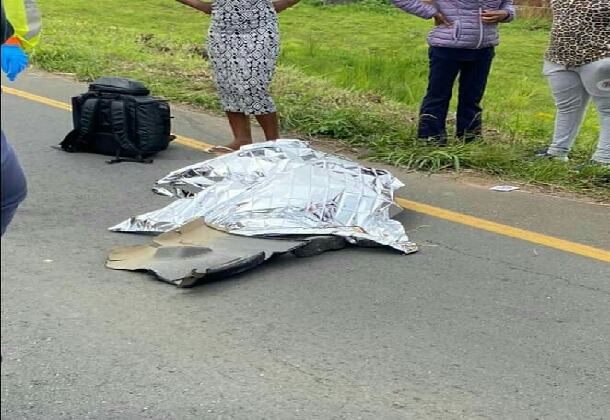 Residents of New Asuyebo who witnessed the deadly accident this morning, blamed the driver for hitting the pedestrian while she stood on the road trying to cross to the other side; the Accra to Kumasi road of the same bypass. I didn't see her, she came from nowhere and that was it, the driver said in defending himself of any wrongdoings.

The bypass which was created in 2009, was completed in 2011 to ease traffic on the road as drivers had to pass through Nkawkaw before going to Kumasi and coming to Accra. The bypass named Nkawkaw bypass lies at the outskirt sideways of Nkawkaw on a four Lane Road; double for Accra to Kumasi and Kumasi to Accra. The road lies along with several settlement communities that have a different route of joining the roads but natives mostly prefer crossing the 100km/h maximum road as a short route to join the other lane. 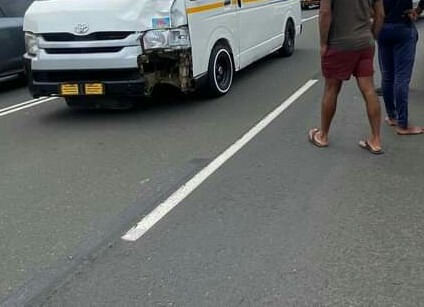 It was with this same illegal crossing, the unidentified woman was trying to do that caused her death. According to the assemblyman of the New Asuyebo electoral area, many people have been found crossing the road which shouldn't be so. I have tried advising the people to use the preferred created route but they have mostly ignored those roads because it is longer to join the other lanes than to stand on the highway and cross it.

It is rather unfortunate this woman had to die but if she had used the normal route of crossing the road, this death would have been prevented, the assemblyman Adom Owuraku stated. Whiles the assemblyman portioned the blame on the deceased woman, residents did the otherwise and blamed the driver for overspeeding on a 100km/h maximum road.