The National Disaster Management Organisation (NADMO) is yet to conduct an impact assessment in communities that have been hit by tidal waves that swept through settlements on Sunday dawn. So far reports indicate that the Keta coastal areas in the Volta Region and Sekondi in the Western Region are the worst hit.

Seawater had flooded neighborhoods causing residents to vacate their homes to avoid any incident or disaster. In Sekondi, suburbs such as Asemensido through to the naval base got flooded. The Ghana Meteorological Service couldn't hint at this natural disaster for settlers to prepare for it.

Unlike, Keta which is yet to have a fully developed coastal protection barrier at the coast, Sekondi has a vast line of sea defense built with armored rocks. The sea defense project at Sekondi was completed in mid-2016 as a component of a $140 million project for the construction of coastal protection or breakwaters along the Western Coastal lines. 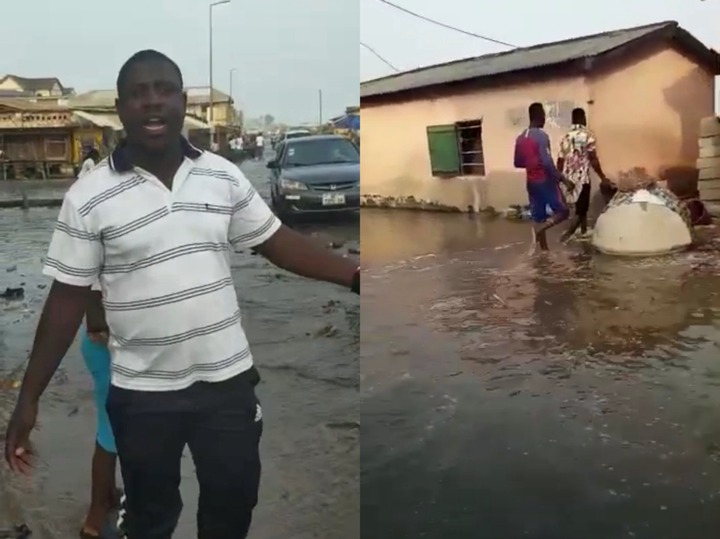 Had it not been for this protective barrier, the impact of the tidal wave in Sekondi could have been worse. The roads that led to the Central Market of Sekondi and other communities were badly hit. This is a worse experience that had been kept tamed for years until yesterday.

In Keta, almost every household was flooded. Even today, not every home has fully recovered from the devastation. This phenomenon has intensified calls for the completion of the Keta Sea defense project which has been practically abandoned for years. Though there was a provisional budget allocated for it in the 2022 budget, it is not certain when physical works would begin. 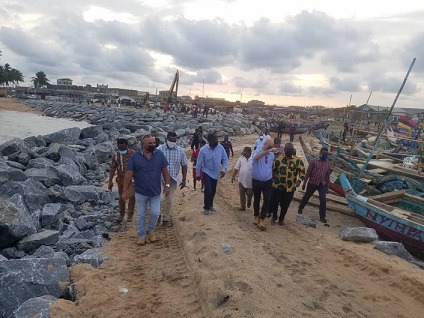 The fact is that most of these coastal communities affected by tidal waves are on low-level grounds. With the increased effect of global warming, these events are very likely to occur. Another contributing factor that many had ignored is the natural phenomenon of the gravitational forces exerted by the moon.

Tides caused by the gravitational force exerted by the moon are termed lunar tides. They are very strong and could cause terrible turbulence at sea for fishermen. The simple explanation for this, as we have seen recently is that the moon exerts some force against the surface of the earth, and when it is perpendicular to the sea, it displaces some water.

Global warming or climate change is quite the worse contributor to this and much is left to uncover about the extent it could harm the planet. The icy areas of the Antarctic are already melting away and thus increased water levels across the globe. Reclamation or extensions built at harbours and for other projects are distorting natural currents at sea. The sea water could only displace these currents at high tides inland.