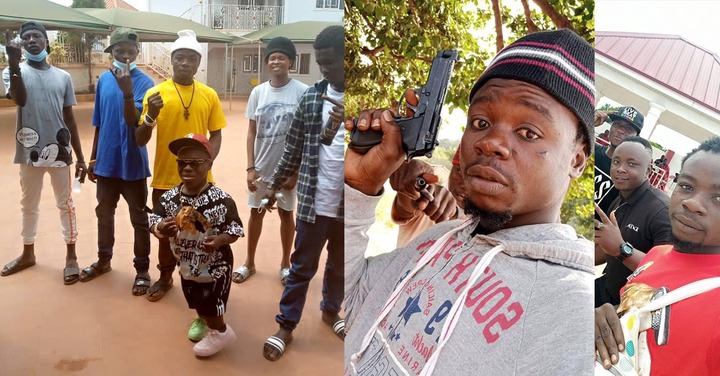 Shatta Bandle, the self-acclaimed rich young man in Ghana has been captured in a picture with the gang of four young men who are trending for displaying guns after the Bullion Van Heist that took the life of a police constable.

The gang includes four young men and a lady standing behind Shatta Bandle to pose for the camera. Shatta Bandle is seen in a red cap with a white kick to match his black and white design attire. The gang led by Obour Belling could also be seen with their fingers up. It is unknown the kind of business Shatta Bundle has with the gang but the picture was taken at Obuasi in the Ashanti Region according to the accompanying comments. It is also unknown what Shatta Bandle was doing at Obuasi that demanded the meeting with the young men.

The young men with Obour Belling as their leader have been trending on social media after a video of them holding dangerous weapons popped up. Even though it has not been established if they are connected to the bullion van robbery but their video has coincided with the situation at hand. 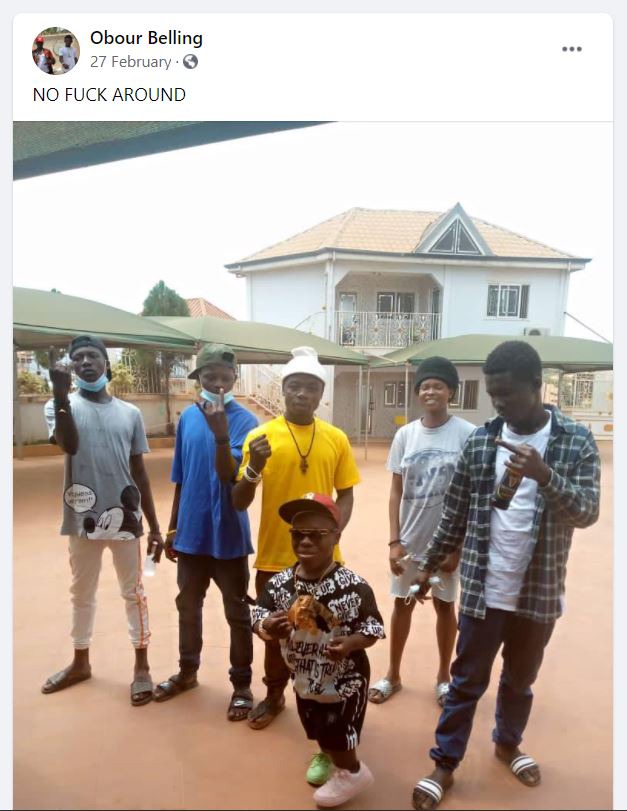 A Police Constable was shot and died on the spot when he was escorting a bullion van. The armed robbers are said to have bolted with his gun and the money in the van. The Inspector-General of Police, Mr. James Oppong Boanuah has paid a visit to the family of the late Police Constable (Emmanuel Osei) who until his death was with the National SWAT. The Police have promised to investigate the issue and bring the perpetrators to book in no time. 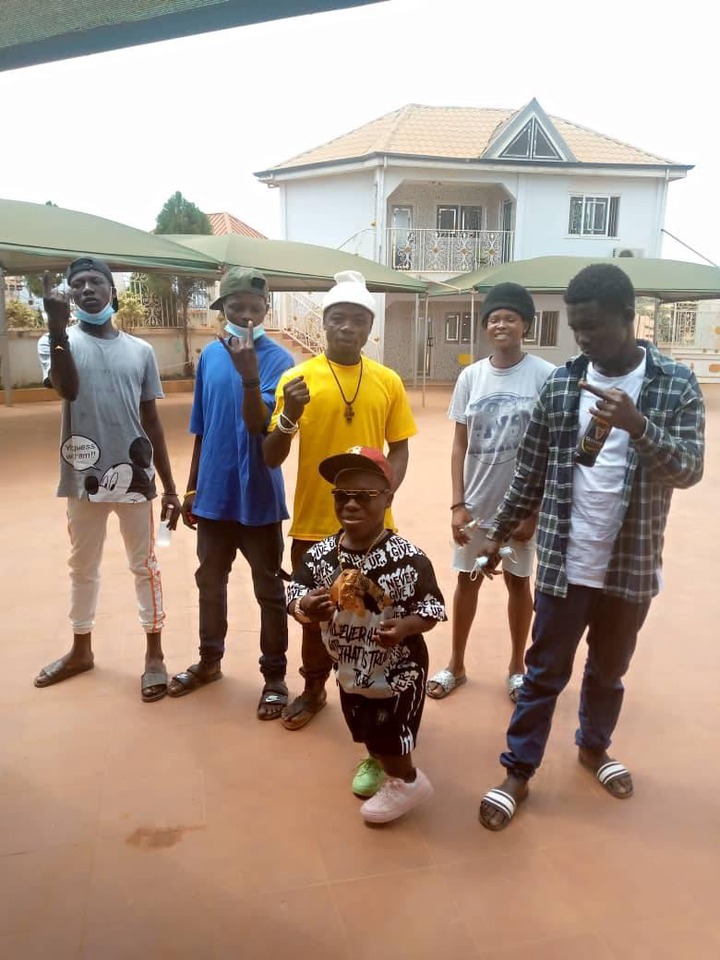 The video of the young men wilding guns has compelled the public to call on the police to arrest them with the belief that they could be connected to the robbery. The image of Shatta Bandle with the gang has also come at a time when the gang has become the talk of the town. The picture was posted by Obour Belling on February 27, 2021.

Posthumous recognition: Falling to the culture of promoting the dead instead of the living.

Tears Flow, As School Children And Family Members Wail During Burial Of Man Shot By Robbers