What is the most interesting mummy or preserved corpse you've seen and why?

The head of Diego Alves 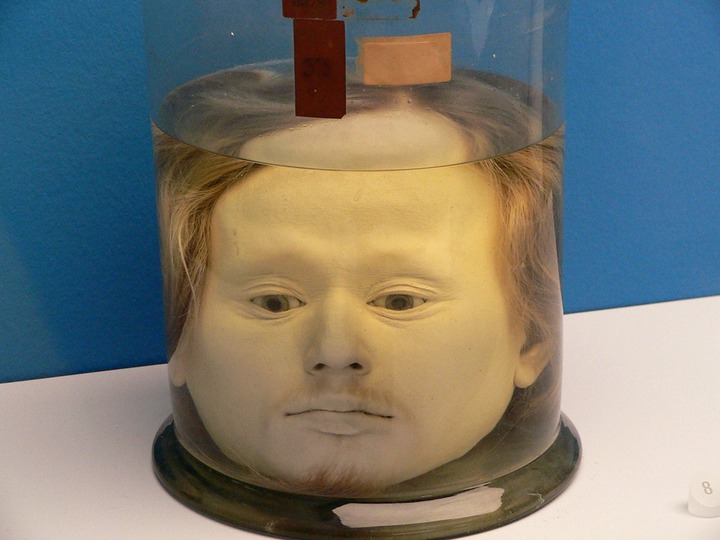 Diego Alves was a 31-year-old man Spanish man who got executed in 1841. He was born in 1810 into a peasant family, he received a head injury at a young age after falling from his house. When Diego was 19 years old he was sent off to work in Lisbon, Portugal. He frequently changed jobs and was known to enjoy drinking and gambling.

A few years later he decided to become a serial killer in Lisbon where he murdered 70 people between the span of 1836 - 1840. His modus operandi included robbing poor and less fortunate people he came across on the streets, then he would blindfold them and force them to the top of high structures (the aqueduct) where he would throw them off high falls below, making their deaths appear to be suicides. As you can tell, Diego was not a good man and his actions were nothing short of evil.

People of Lisbon took notice of many dead bodies appearing at the bottom of the aqueduct, first, they were attributed to copycat suicides as Diego would have liked them to believe. However quickly, when people testified and the actual evidence grew. It wasn’t long before Diego’s murders caught up to him.

Diego Alves was arrested, tried, and sentenced to death for murder. He was officially executed on February 19, 1841. That’s the end of Diego Alves, right? Not exactly.

Due to some early serial killer psychology fascination, the head of Diego Alves was severed from his deceased body in an attempt to study his brain and perhaps understand what occurred in the mind of Mr. Alves. His head was preserved in a jar, where it still resides to this very day. An entire 180 years later.

It’s fascinating to see the face of a man who lived almost 200 years ago, his facial features and youthful appearance remain. You can still clearly see his long red hair, pasty-white skin, and his icy blue eyes which now eternally stare forward