Can We Ever Be Sane In Accra?

By GhanaSquadOfficial (self media writer) | 1 year ago 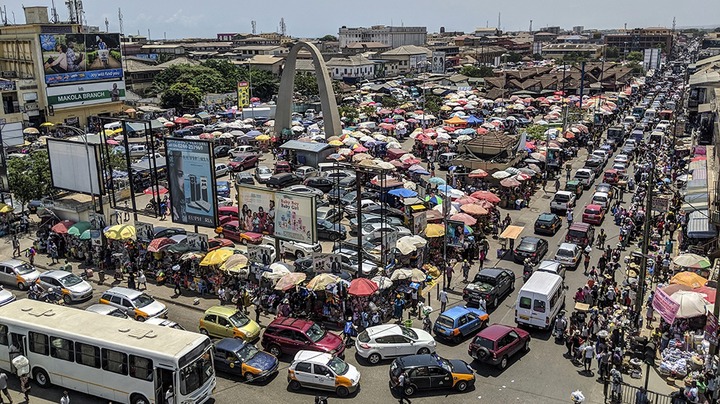 Accra is regarded as one of the fastest growing cosmopolitan cities in Africa and known as the capital of Ghana. The city is home to different tribes and cultures and this is not without its own share of problems.

Not a day goes by without residents and visitors being treated to one spectacle or the other whether it is a passenger struggling with a conductor for his change or street boys fighting with motorists to have a cut of their day’s wages or the constant traffic gridlock that is popular in almost every part of the city.

Few days ago, a two armed robber attacked a boutique at Atico junction, a suburb of Accra off the Kaneshie-Kasoa road. It took the timely intervention of the police and the passerby who foiled the attack to save the shop owner and her workers from either losing their lives or getting injured.

A similar incident was reported to have occurred at the North Industrial Area where four armed men walked into one of the shops to rob them off their sales for the day.

Also, two weeks ago, a 23 year old lady was mercilessly beaten by a guy believed to be her boyfriend for stealing an iPhone. Video of the said incident had since gone viral on all social media platforms in Ghana.

Another incident was also recorded on the streets of Teshie where two men traded blows at each other over some misunderstanding relative to reckless driving. The issue had to do with one of the guys hitting the tail light of the other man's car, and in an attempt to seek redress the victim of the said accident was slapped by one of the boys in the company of the offender.

These and many more may have hardened the hearts and minds of resident of Accra to wonder whether they can ever be sane in the city or it remain survival of the fittest just as it is in the jungle based on what we see on Discovery Channel?

Join this discussion in "Squad" and let us know your thoughts.

Content created and supplied by: GhanaSquadOfficial (via Opera News )