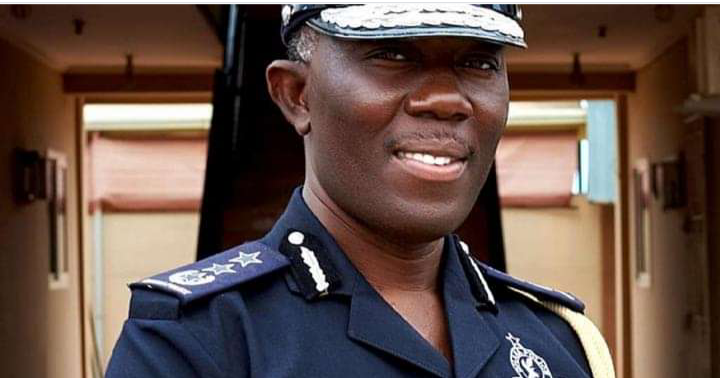 The acting Inspector General Of Police, Dampare has once again been applauded by Ghanaians for the swift action taken against some Police officers in the Northern Regional Capital, Tamale.

This was after the officers involved were found to have acted unprofessionally as they brutalize some residents of Zuo, a suburb of Tamale on Tuesday, September 21st 2021.

The four Police officers were part of a team from Power distribution Company, the Volta River Authority who were going round to check on customers who have Illegally connected power to their houses.

In a video going round, the Police officers were captured brutalizing persons accused of connecting power Illegally to their homes.

But, in a swift response to the unprofessional conduct, the acting IGP has interdicted the four officers involved in the act.

In a release from the Police Service, the four are on an enquiry suspension, pending investigation in their conduct. 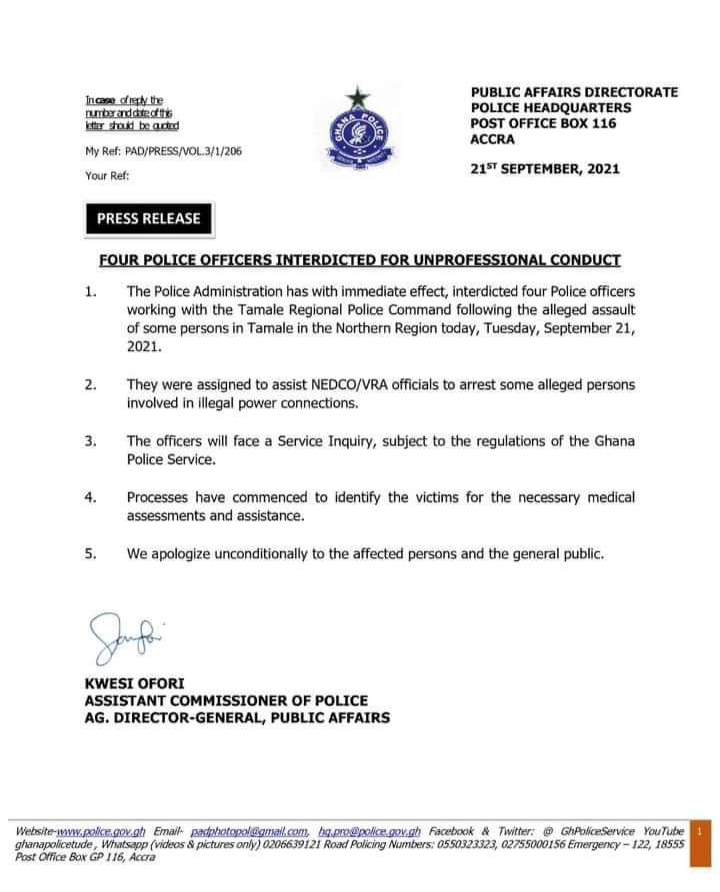 The victims have also been issued with medical reports to ascertain the extent of injuries.

Many Ghanaians have applauded the IGP for bringing many challenges to the Police Service, since his appointment.