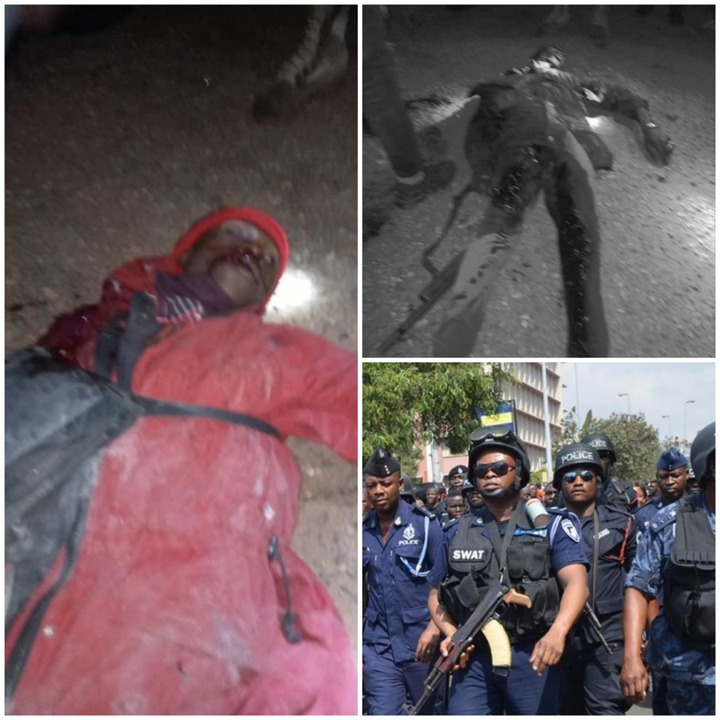 It should serve as a warning for robbers around the northern part of Ghana towards the Burkinabe boarder. Cases of robbery attacks had been reported in those areas leaving a great concern about the security of people in the Savannah, Upper East and Upper West Regions of Ghana.

Though the news about police officers in those areas going hard on these criminals is assuring much is left to be done to rid them off from the area. At 1 am today, Police Officers at the Tuna check point received intelligence of a robbery incident at the outskirt pf Danniwuri in the Sawla District of the Savannah Region.

It was reported that some armed robbers were attacking civilians and robbing them of their properties. All motorist and users on the Danniwuri road were attacked by these armed robbers. For the bravado of two police officers who were on duty this dawn, they overpowered the robbers.

A report by the police indicated that the robbers opened fire at the officers while they were approaching and so the police officers fired back and killed one of them instantly.

The others, fearing they might end up gunned down ceased fire and bolted and left their colleague at the crime scene. A single barrel gun with five empty cartridges were retrieved from the crime scene.

According to Constable Baba Abu Muntalabi who filed the report to the District Command, the body of the deceased armed robber has been deposited at the Sawla District Hospital pending investigations.

Victims of the robbery attack, including women and two drivers have given their statement to support the police investigation in this crime. The public have been urged to take their security seriously especially when traveling at dawn.

They have been admonished to make swift emergency calls to the police anytime there is a crime or attack on any person or at any place to get the Police save the situation.

Reasons why Muslim ladies cover their face when they dress.

The military may have to take over WAEC- Lecturer suggests

Can You Spot The Lady In The Photo? – Ghanaians ‘Troll’ NDC Big Wig For Claiming It Is Jean Mensa